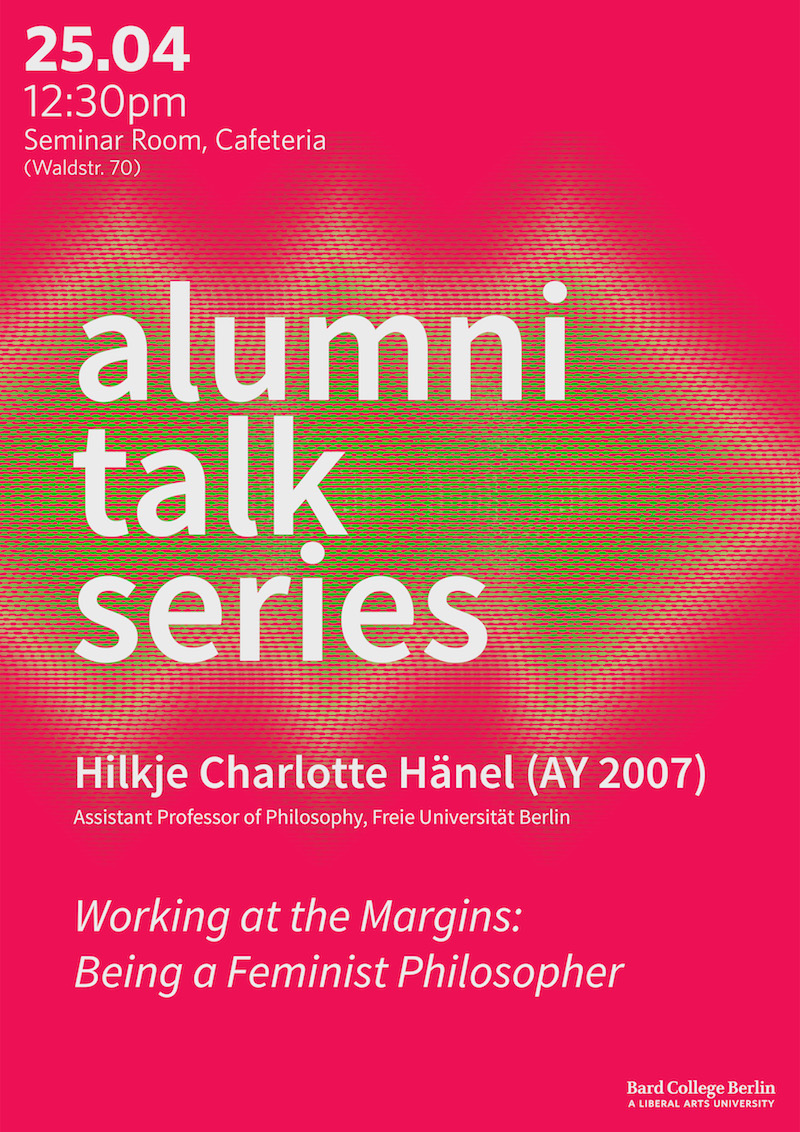 Alumni Talk Series - Working at the Margins: Being a Feminist Philosopher

Despite the many obstacles I encountered in German academia, I became a feminist philosopher. There were many times when I wanted to quit what I was doing and turn to something easier, a job less stressful and less competitive. But observing the many injustices in the world and in academia kept me from turning my back on feminist philosophy. As a friend once said: “You might be fine without philosophy, but philosophy is not fine without us!”

In my talk, I will tell you about my own personal experiences and the ways in which implicit bias and stereotype threat make it harder for marginalized people to succeed in academia (and the job market in general) as well as the problems that come with working on topics close to one’s heart, such as structural injustice, sexual and domestic violence, and misrecognition.

These are topics that you cannot push aside when you come home in the evening, topics that wear you down, but that also keep you doing what you’re doing despite the many hoops that you have to jump through. I will also provide some insight into how to survive academia as a PhD-student and a Postdoc. This talk is not purely academic, instead I will try to give you an image of my research area as well as my own story.

Hilkje Charlotte Hänel (Academy Year 2007) works as an Assistant Professor of Philosophy at the Freie Universität Berlin. In January 2018 she successfully finished her PhD in Philosophy at the Humboldt University. Her thesis is on the concept of rape and combines various topics including questions of conceptual analysis, family resemblance, feminist methodology, feminist epistemology, ideology, and emancipation. It is published with Transcript.