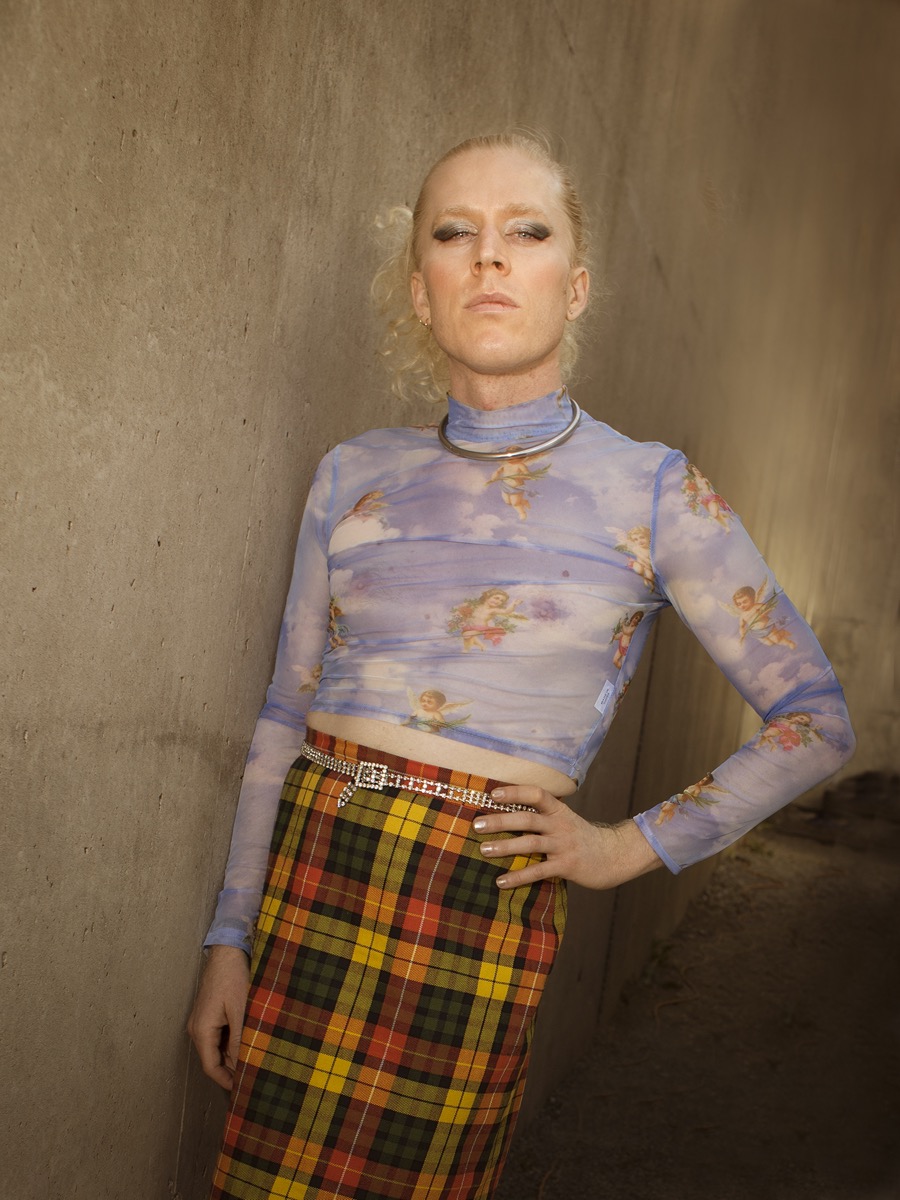 Imagine you are staring at a naked butt. On the left cheek is the letter “J” and on the right cheek are the letters “O” and “Y”. The defining characteristic of Candystore’s artistic practice is to spread J*OY. She-he thinks labels are short-sighted / obnoxious and art is more powerful when it is made accessible and in collaboration. Like many before shimher, Candystore has been called / cursed / given no other choice but to consider the world poetically (ugh) and is at least trying to have a little fun with that. She-he was a 2018-2019 artist-in-residence with Shandaken: Governor’s Island as well as a fellow in the Queer | Art | Mentorship program. Also in 2019, she was one of four recipients of the Shannon Michael Cane Award from Printed Matter, which allowed shimher the opportunity to self-publish a debut book of poetry called Hi Angels. Candystore’s writing and art have been published in PAPER Magazine, Phile Magazine, Riot of Perfume, Precog Mag, RFD, and others. She-he has performed around New York City, most notably at MoMA PS1, though it was only in the book store. Candystore also performs every time she-he uses a binary restroom. She-he lives in Brooklyn, NY in a pink room.

Hi Angels (2019) is a book of poem-prayers almost exclusively written on my smartphone while riding the subway in New York City. A core principle from the I Ching is that humans actually have no control over the world in which we inhabit and everything that “happens” is a sequence of cause-and-effect relationships orchestrated by unknown entities called Helpers. Each poem in this collection aspires to a sort of serenity amidst the Hellscape that is New York City by way of prayers to these unseen forces (i.e., Helpers/angels) and thereby putting faith and trust in the natural Cosmic order. The images in the book are by Jerome Caja (1958 - 1995), a genderfuck performer and painter who lived in San Francisco and died of AIDS-related complications. With the help of The Jerome Project and the San Francisco Museum of Modern Art, I received permission to reproduce images of a few of Jerome’s pieces as visual counterparts to the poems.

The performance (~30 mins) will be followed by an artist talk (~15 mins) and a reception.