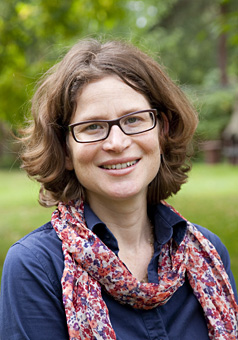 Israel
PhD in Sociology
The New School for Social Research
Irit Dekel earned her PhD in sociology at the New School for Social Research. She is a research fellow at the department of Social Sciences, Humboldt University of Berlin where she leads an international research project in cooperation with the Hebrew University of Jerusalem. She studied political transformation at the Holocaust Memorial in Berlin in 2005-6 with the support of DAAD research fellowships and with a Fritz Thyssen Foundation stipend.

Her book Mediation at the Holocaust Memorial was based on that research and was published in the summer of 2013 in the Palgrave Macmillan Memory Studies series.

Her research project financed by the German Israeli Foundation in 2014-2016 is titled Domesticating Cosmopolitanism: a Comparative Study of Historical Home Museums in Germany and Israel. It will ask how personal and history-forming stories intersect and inquire about their reception in historical home museums in Germany and Israel so as to shed light on the construction and circulation of cultural and intercultural knowledge in the public sphere, diaspora, ethnicity, diversity and change.

Classes taught at Bard College Berlin:
City for Citizens: Participation, Inequality and Social Change
The Sociology of Culture
Humanistic Social Research: Thinking Through Methods
Transformation of Public Space in Berlin After 1989 (co-taught with the TU Berlin)
City for Citizens: Urban Design and Social Change in the European Metropolis (co-taught with the TU Berlin)
Methods in Social Theory
Past in the Present
Introduction to Sociology

Dekel, I. 2014. "Jews and Other Others at the Holocaust Memorial in Berlin". Anthropological Journal of European Cultures, Volume 23, Issue 2

Dekel, I. 2013. Mediation at the Holocaust Memorial, Palgrave Macmillan.

Dekel, I. 2009. "Ways of Looking: Transcending Time and Space through Photography at the Holocaust Memorial, Berlin". Memory Studies 2:1, 71-86.

Dekel, I. 2009. "Pan-topia: Exposing the Palimpsest of Meanings at the Holocaust Memorial, Berlin" History and Theory: The Protocols Bezalel Academy of Art and Design 14.