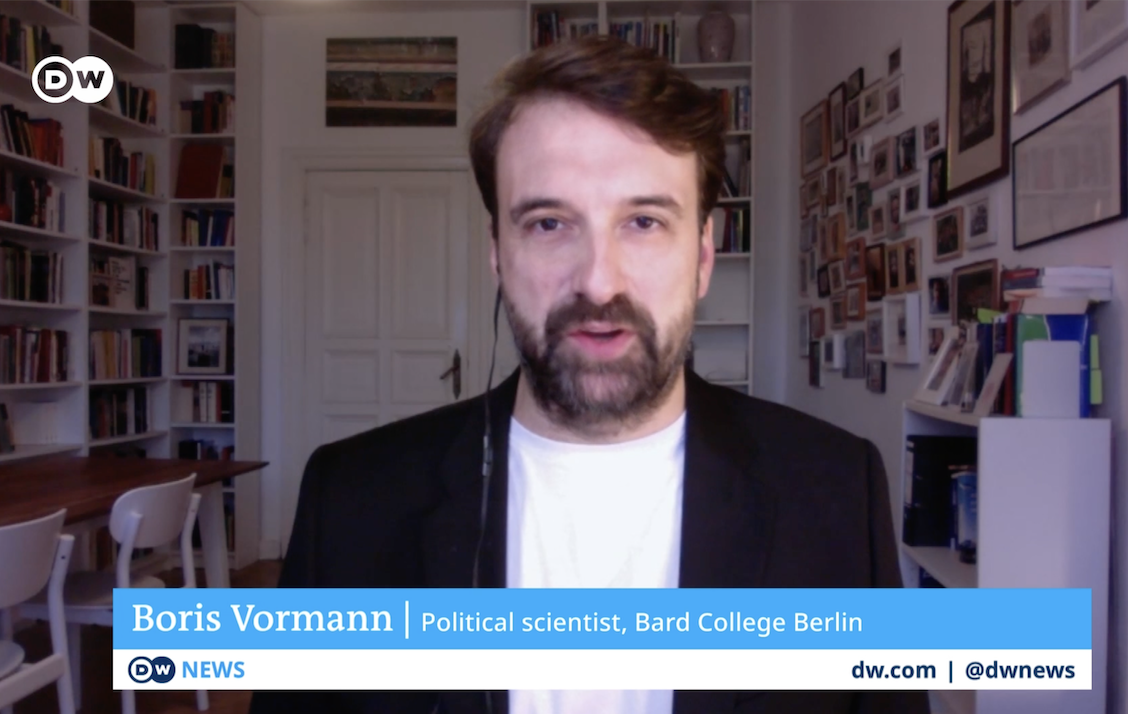 Boris Vormann, Professor of Politics and the Director of the Politics Concentration, recently appeared on a variety of German news programs discussing the United States midterm elections, which were held on November 8, 2022.

On November 17, Vormann appeared on DW News in English and German to unpack the finalized election results.

On November 11, Vormann spoke with RBB about the election results. Vormann also took part in a panel discussion on election results at the Federal Press Office later that evening. A recording can be accessed here.

Prior to the election, Vormann appeared on Radio Eins and SWR2 to discuss potential outcomes and the current state of U.S. politics.