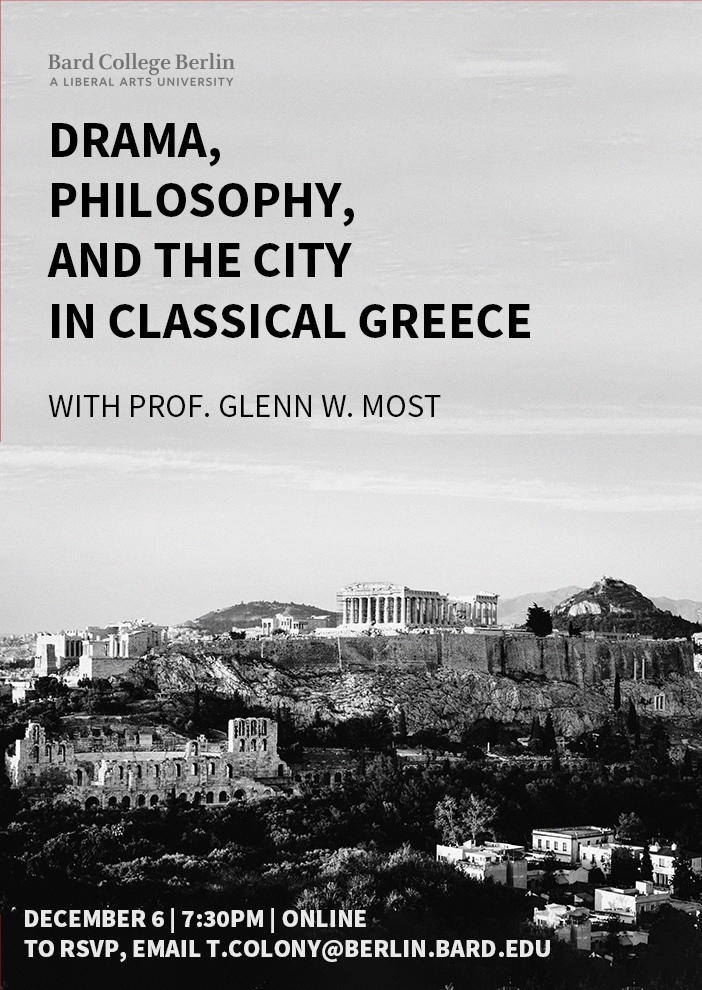 Drama, Philosophy, and the City in Classical Greece

Join us for an online lecture presented by IS101 Republic Core, discussing early Greek literature with Professor Glenn W. Most.

The earliest surviving works of ancient Greek literature--the Homeric and Hesiodic epics--all predate drama, philosophy, and the city-state, which were not invented until the following centuries. The origin and development of all three of these institutions, which went on to have a profound influence on all later cultures, were closely intertwined. Professor Most’s reflections will consider their productive and tense interrelations.

RSVP to Tracy Colony at [email protected] to receive the link to this event.

Glenn W. Most retired in November 2020 as Ordinary Professor of Greek Philology at the Scuola Normale Superiore di Pisa, and remains a regular Visiting Professor on the Committee on Social Thought at the University of Chicago and an External Scientific Member of the Max Planck Institute for the History of Science in Berlin. He has published books on Classics, on ancient philosophy, on the history and methodology of Classical studies, on comparative literature, cultural studies, and the history of religion, on literary theory and on the history of art, and has published numerous articles, reviews, and translations in these fields and also on such other ones as modern philosophy and literature.