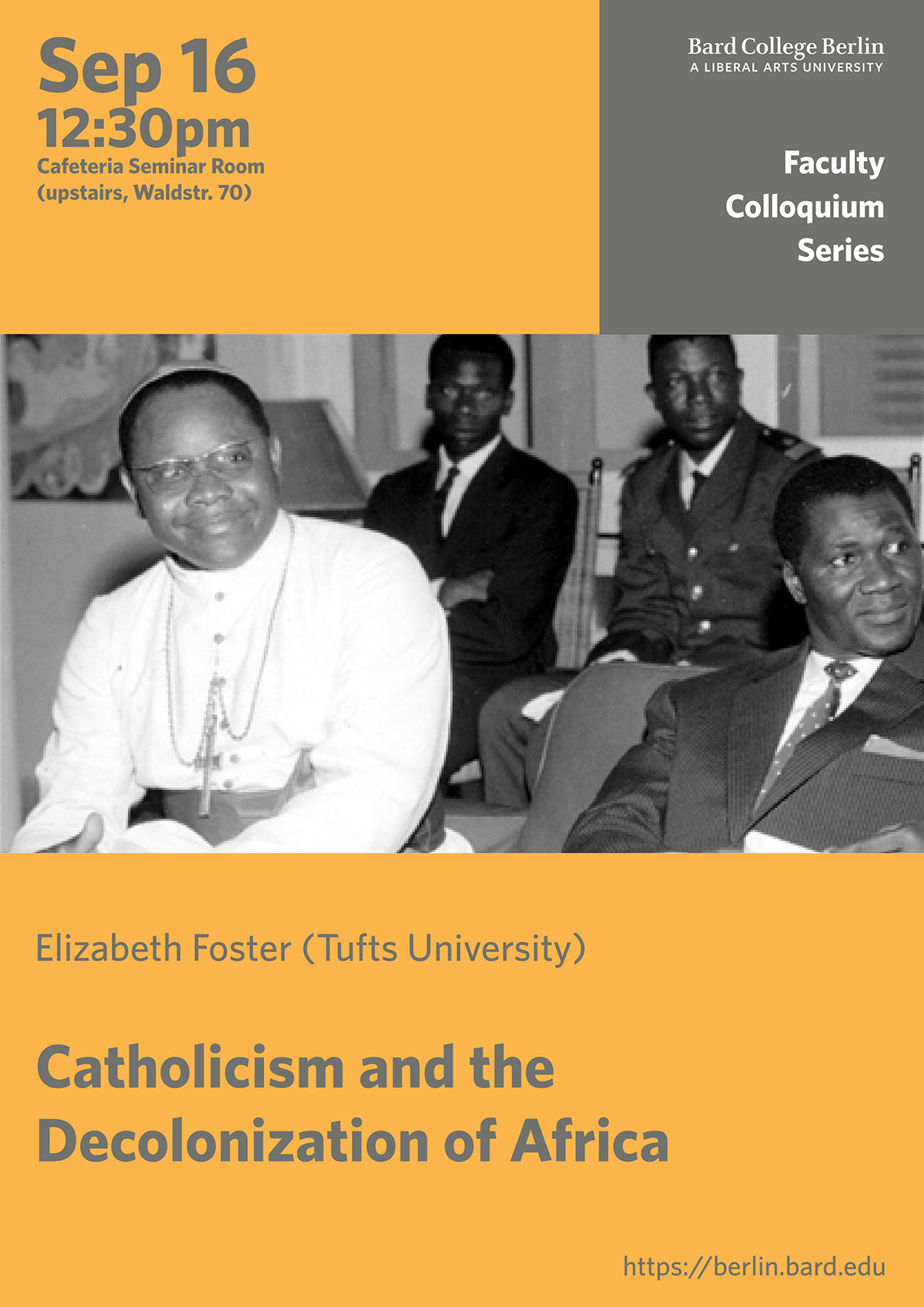 Faculty Colloquium: "Catholicism and the Decolonization of Africa"

Foster's recently-published volume African Catholic: Decolonization and the Transformation of the Church examines how French and African Catholics imagined the future of Catholicism in Africa between 1945 and 1965. They raised the question of whether Catholicism was inherently tied to European civilization and colonization, or if it could in fact be authentically African. In this talk, Foster will specifically describe a long-overlooked Catholic strand of the negritude movement, and how its leading exponent, Alioune Diop, became a major influence on the Vatican in the late 1950s and 1960s.

Elizabeth Foster is Associate Professor of History at Tufts University. She is the author of Faith in Empire: Religion, Politics, and Colonial Rule in French Senegal, 1880-1940 (Stanford University Press, 2013) which won the Alf Andrew Heggoy Prize of the French Colonial Historical Society, and African Catholic: Decolonization and the Transformation of the Church, newly out with Harvard University Press. Her research has been supported by Fulbright, NEH, and ACLS grants.