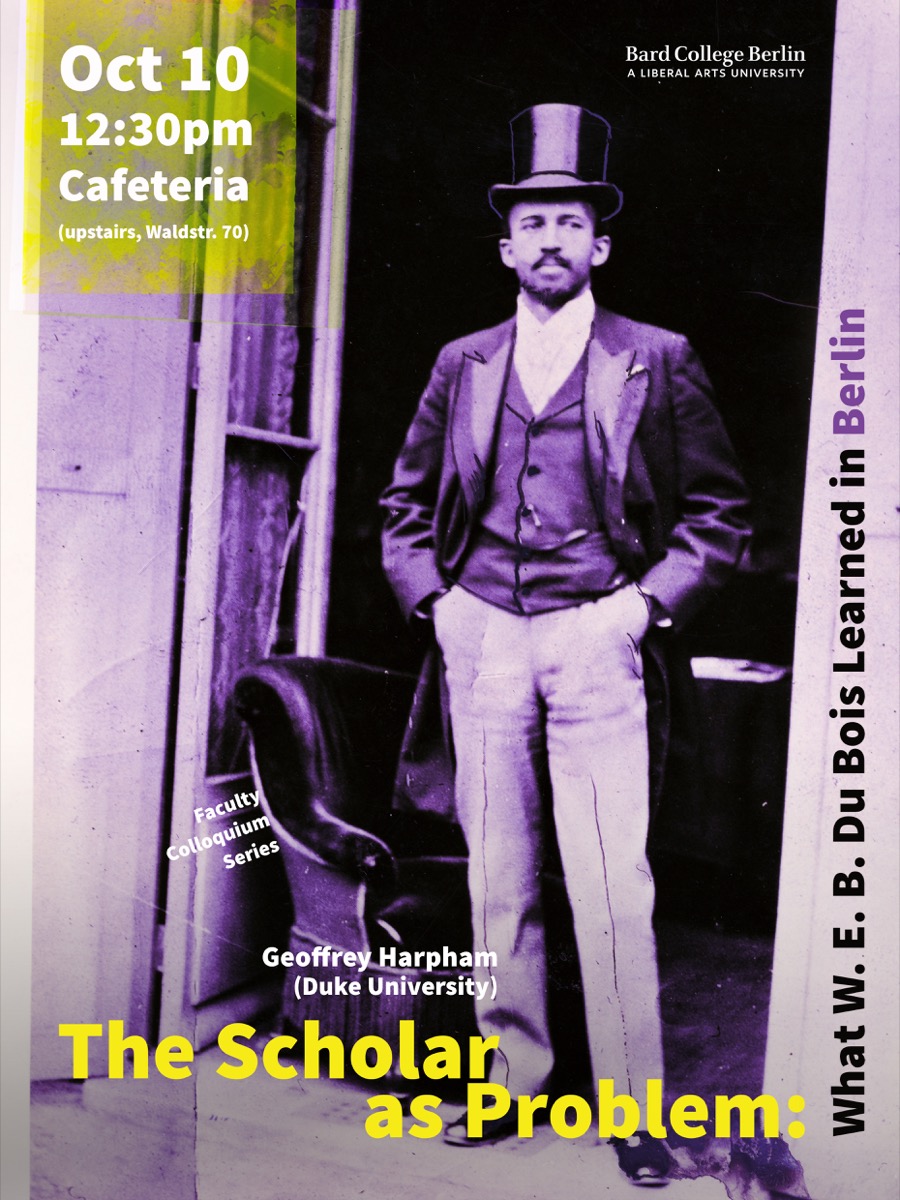 Faculty Colloquium: "The Scholar as Problem: What W. E. B. Du Bois Learned in Berlin"

W. E. B. Du Bois's best-known book The Souls of Black Folk, begins with a famous question: "How does it feel to be a problem?" This question is widely understood to have launched a new way of looking at the plight of African-Americans, a cause for which he struggled his entire life. It is, however, possible to understand the question to refer not to race alone but also to Du Bois's chosen vocation of scholarship. In this seminar, Harpham will explore the methods and premises about scholarship that Du Bois learned during his year in Berlin as the foundation of his social activism. This exploration is part of a larger project called Scholarship and Freedom, to be published by Harvard University Press in 2020.

Geoffrey Harpham is Senior Fellow at the Kenan Institute for Ethics, Duke University. From 2003-15, he was director of the National Humanities Center in the United States. He is the author of ten books and over one hundred scholarly articles. His most recent books are The Humanities and the Dream of America, and  What Do You Think, Mr. Ramirez? The American Revolution in Education. The talk will present a chapter from Harpham's new book Scholarship and Freedom.