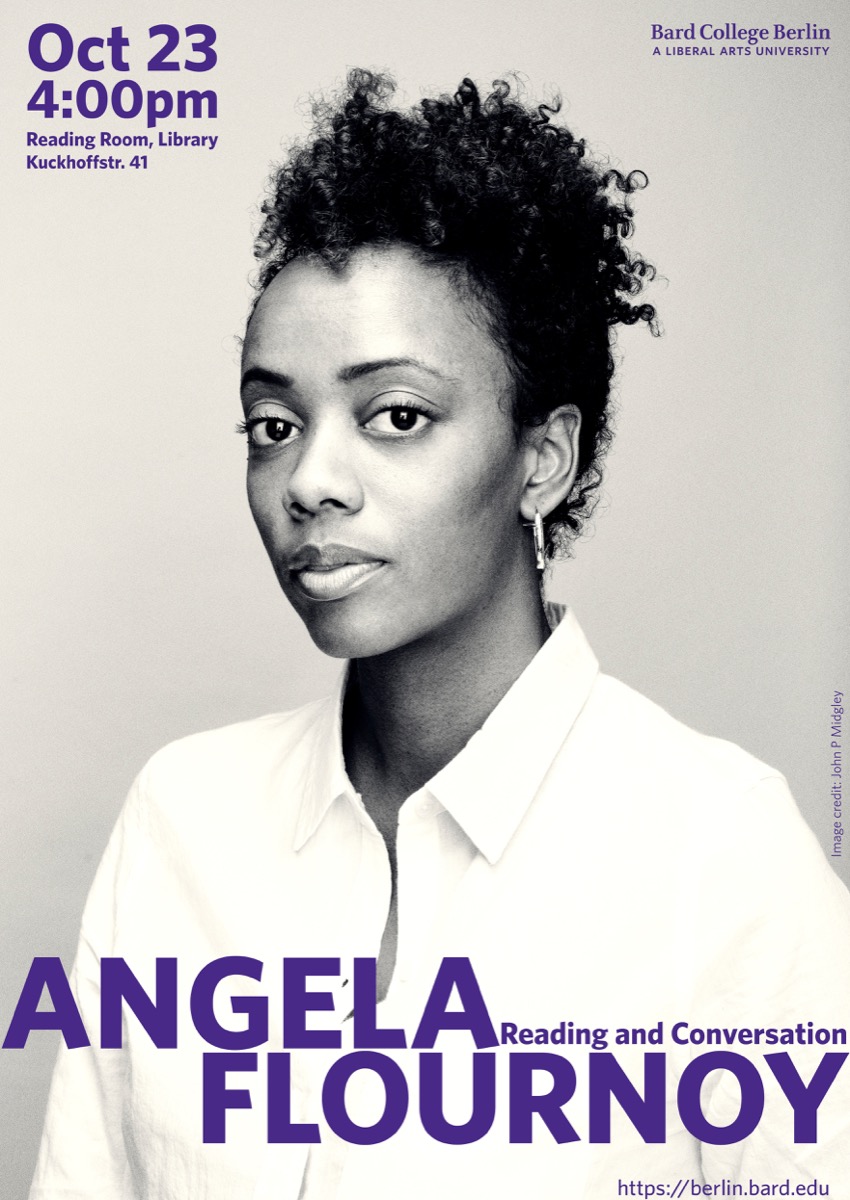 Bard College Berlin Reading Room (Library), Kuckhoffstr. 41, 13156 Berlin
Acclaimed author Angela Flournoy will give a reading of her work on October 23, 4:00-5:30pm, in the Library Reading Room. Her reading will be followed by an informal discussion and Q&A, moderated by BCB creative writing instructor Rebecca Rukeyser.

Angela Flournoy is the author of The Turner House, which was a finalist for the National Book Award and a New York Times notable book of the year. The novel was also a finalist for the Center for Fiction First Novel Prize, the PEN/Robert W. Bingham Prize for Debut Fiction and an NAACP Image Award. She is a National Book Foundation "5 Under 35" Honoree for 2015. Her fiction has appeared in The Paris Review, and she has written for The New York Times, The Nation, The Los Angeles Times, and elsewhere.

Flournoy was the 2016-17 Rona Jaffe Foundation Fellow at the New York Public Library's Dorothy and Lewis B. Cullman Center for Scholars and Writers. She was awarded a 2018 National Endowment for the Arts fellowship and is currently a Mary Ellen von der Heyden fellow in fiction at the American Academy in Berlin.