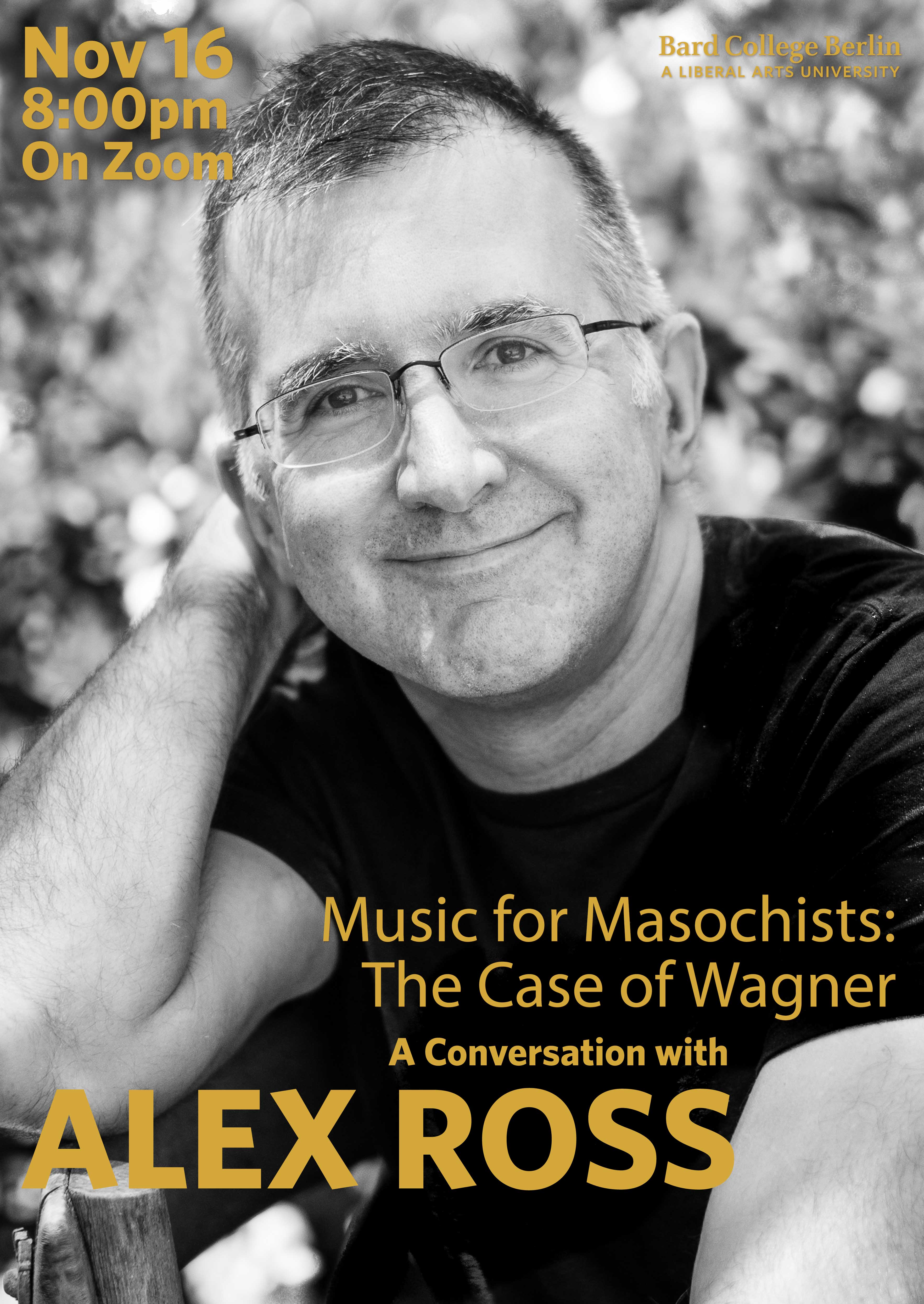 Music for Masochists: The Case of Wagner—A Conversation with Alex Ross


Alex Ross, author of The Rest Is Noise: Listening to the Twentieth Century, will be answering questions and discussing his just-published Wagnerism: Art and Politics in the Shadow of Music.


Alex Ross has been the music critic of The New Yorker since 1996. His first book, The Rest Is Noise: Listening to the Twentieth Century, published in 2007, won a National Book Critics Circle Award and the Guardian First Book Award, and was a finalist for the Pulitzer Prize. An essay collection, Listen to This, appeared in 2010. His third book, Wagnerism: Art and Politics in the Shadow of Music, was published in 2020.  Ross has received the George Peabody Medal, an Arts and Letters Award from the American Academy of Arts and Letters, the Belmont Prize in Germany, a Guggenheim Fellowship, and a MacArthur Fellowship.

Open to the public.