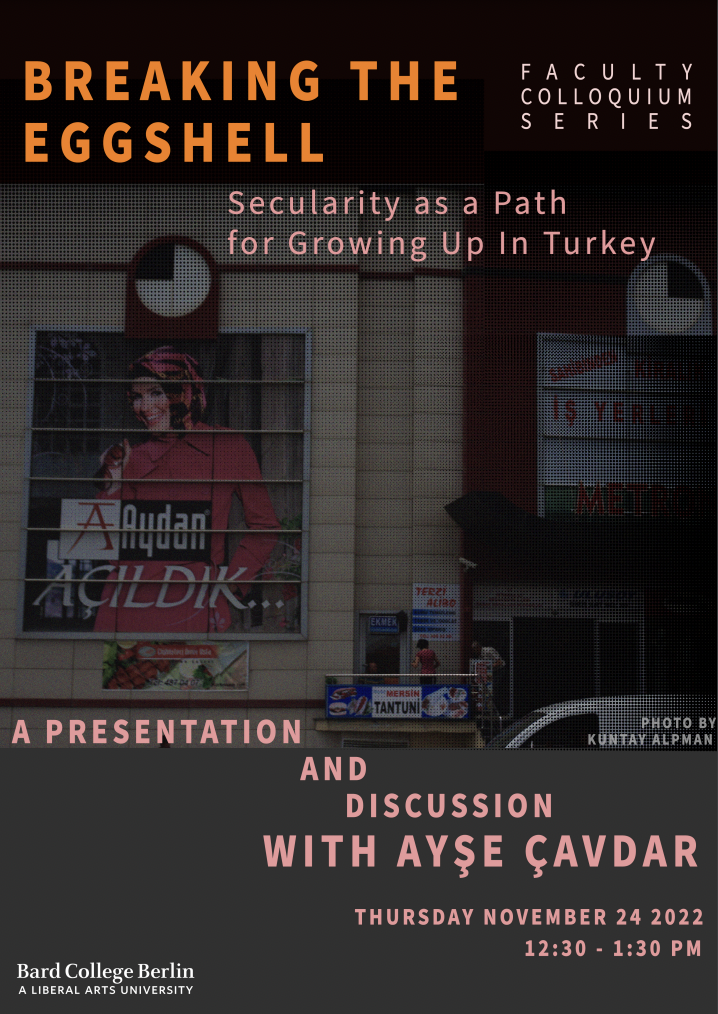 FACULTY COLLOQUIUM: Ayşe Çavdar presents "Breaking the Eggshell: Secularity as a path for growing up"

This event is part of the Faculty Colloquium series. It is free, open to the public, and does not require registration to attend.

In a speech on the 10th anniversary of his coming to power, Tayyip Erdoğan promised his voters to raise a "religious generation." He reduced the share of secular schools in education, authorized Religious Affairs officials to penetrate all institutions, and supported religious communities. He also restructured social assistance and the health system to promote family ideals. His political discourse has also been consistently and persistently centered on sanctifying the family and thereby supporting the patriarchy. However, surveys and public debate indicate that young people are increasingly abandoning religion. Ayşe Çavdar's research focuses on the outcomes of Erdogan's "religious generation" investment via the experiences of young women raised in conservative families but does not embrace religiosity. She aims to portray the transformation of conservative religious families during the AKP reign from the children's perspective. She argues the AKP created a strict panopticon order over the youth with the help of the family, the religious community, and the school. However, this tight disciplinary mechanism transformed secularization as an escape route for young women. They see secularization as a path for be(coming) themselves, a direction for a life away from the shadow of the family, the state, and the religious community.

Ayşe Çavdar completed her BA degree in Journalism at Ankara University and received her MA in History at Boğaziçi University in Turkey. She finalized her doctoral thesis titled "The Loss of Modesty: The Adventure of Muslim Family from Neighborhood to Gated Community" at the European University of Viadrina in 2014 (supported by the Global Prayers Project initiated by MetroZones). She was a postdoctoral fellow at Käte Hamburger Kolleg - Center for Global Cooperation Research in Duisburg in 2017. She continued her studies as a visiting scholar at Philipps University in Marburg for two years between 2018-2020. Recently, she has been a visiting scholar at Bard College Berlin. Alongside her academic career, Çavdar is also a journalist for three decades, working on diverse political, cultural, and social issues. Recently, her work centered on two new topics. The first one is the nationalist and religious symbolization of the state as an idea(l) and affect. Second, is the focus on the new secularities rising among the youths in Turkey.