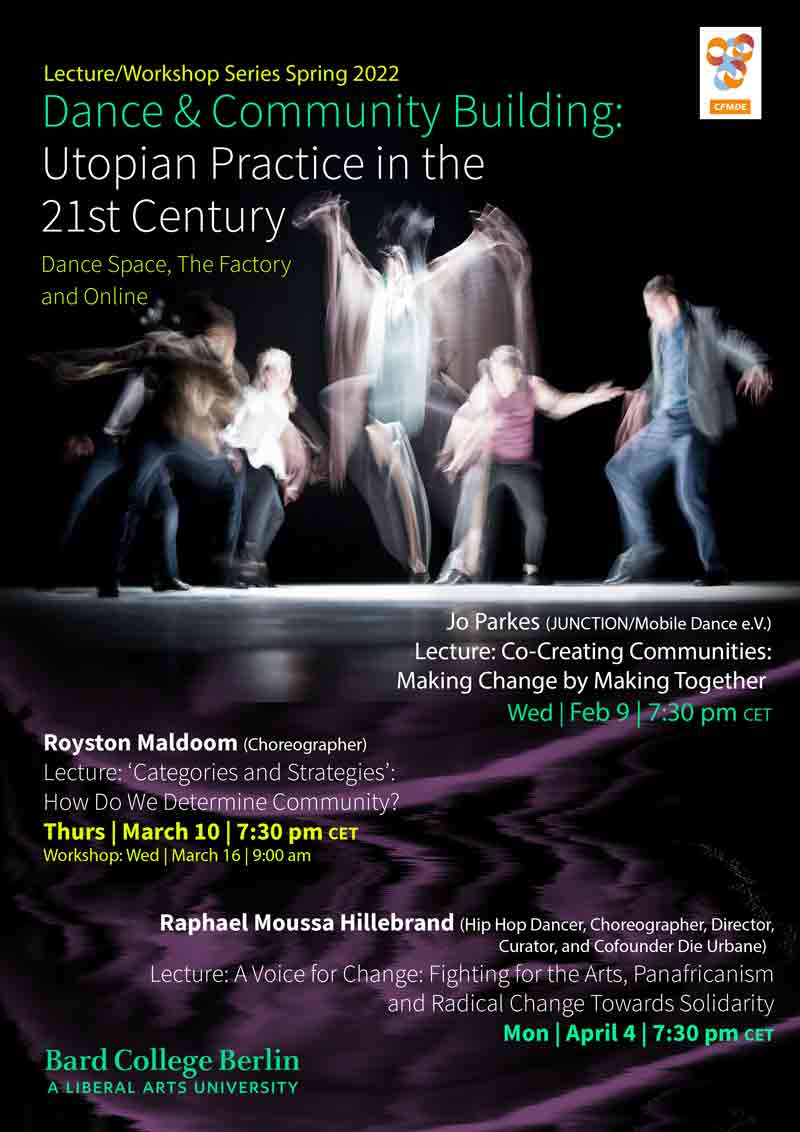 Community Dance: Royston Maldoom  – 'Categories and Strategies': How Do We Determine Community?

Royston Maldoom is a pioneer in the field of Community Dance. He has initiated and worked at sustaining projects in Europe, Africa, South America, and Palestine. His work with 250 school children and the Berlin Philharmonic with Sir Simon Rattle, documented in the film Rhythm is It, inspired a generation of educators and fostered extensive funding for dance-artist residencies in the schools in Berlin. He has received an Order of the British Empire and a Bundesverdienstkreuz from the German government in recognition of his untiring work, along with numerous other international awards. Royston’s autobiography, Tanz um dein Leben (Fischer Verlag) was on the Spiegel bestseller list for over 23 weeks. He is a sought-after lecturer and workshop leader. Along with an overview of his projects, we will talk about the challenges he has faced in working with children and is currently facing in Palestine, and we will discuss his theories about "categories and strategies” to help define the word Community.

This event is part of the lecture series: "Dance and Community Building: Utopian Practice in the 21st Century" which is funded by the Mellon Consortium on Forced Migration, Displacement and Education.