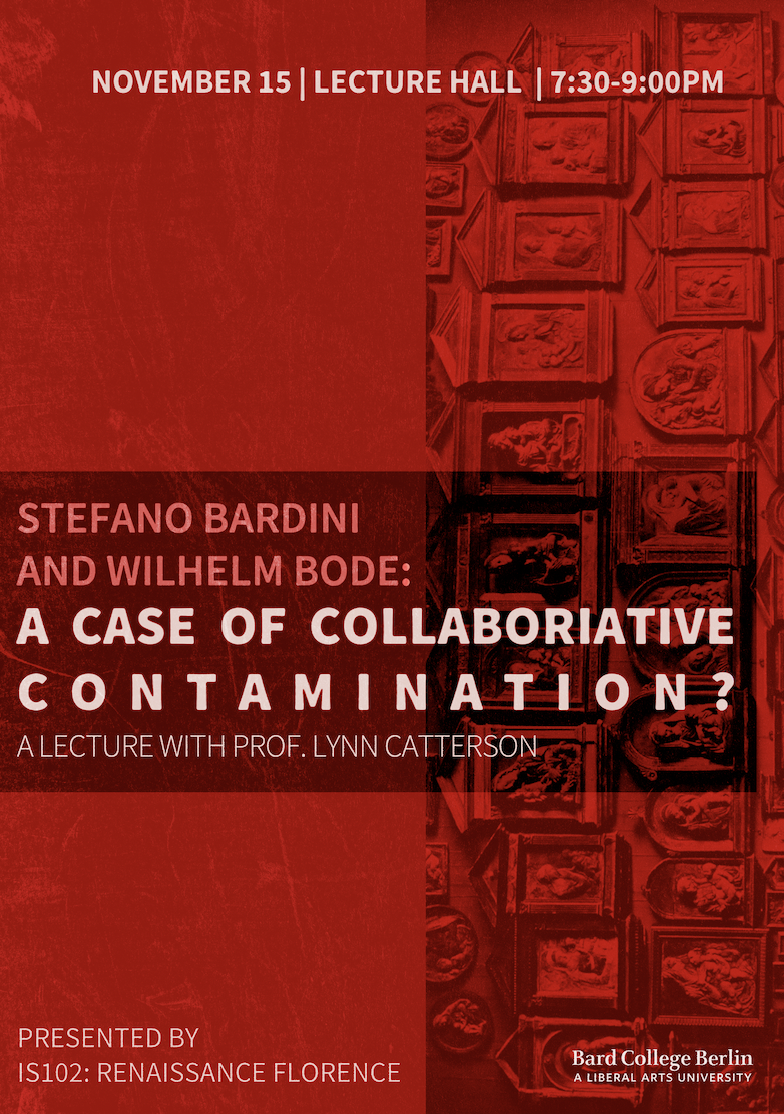 Stefano Bardini and Wilhelm Bode: A Case of Collaborative Contamination?

A Guest Lecture with Lynn Catterson

The late 1860s saw the first successes of Stefano Bardini’s dealing career as well as the proliferation of professional academic expertise and its concomitant expression in publications. Operating out of Florence, but active all around Europe and across the Atlantic, Bardini (1836 – 1922) built a business that could claim nearly a thousand clients, some 300 employees and which transacted many thousands of objects over the course of his almost sixty year long career. From the early 1870s, he maintained an energetic relationship with Berlin-based Wilhelm von Bode (1845 – 1929), because Bode had an ambitious collecting agenda on behalf of several wealthy collectors and the German museums. Just as important was Bode’s prolific scholarly publication record which laid the foundations for what continues to be the norms for attribution as well as the practice of connoisseurship, most especially regarding Italian Renaissance sculpture—giving currency and legitimacy to all of the Bardini objects which heavily populated the writings of Bode. On the basis of archival material in Florence and Berlin, the lecture identifies several examples of contamination—objects, provenance, literature—while laying out a roadmap for their manufacture, propagation and codification. In doing so, large questions are raised as to pandemic issues of authenticity that have repercussions still today with respect to the canon which is basically intact and rarely challenged.

This event is free and does not require advanced registration.

Lynn Catterson (Columbia Univ., Ph.D., 2002) is an independent researcher and a lecturer at Columbia University. She began with an interest in Italian Renaissance sculpture with a focus on the marketplace and how 15C sculptors satisfied consumer demand for antiquities. Lately, she is working on the art market in 19C Florence from the point of view of production and social network via its preeminent dealer, Stefano Bardini, drawing upon material in the state archive of the Bardini family and business, examining the structure and operational strategies of his vast international business.