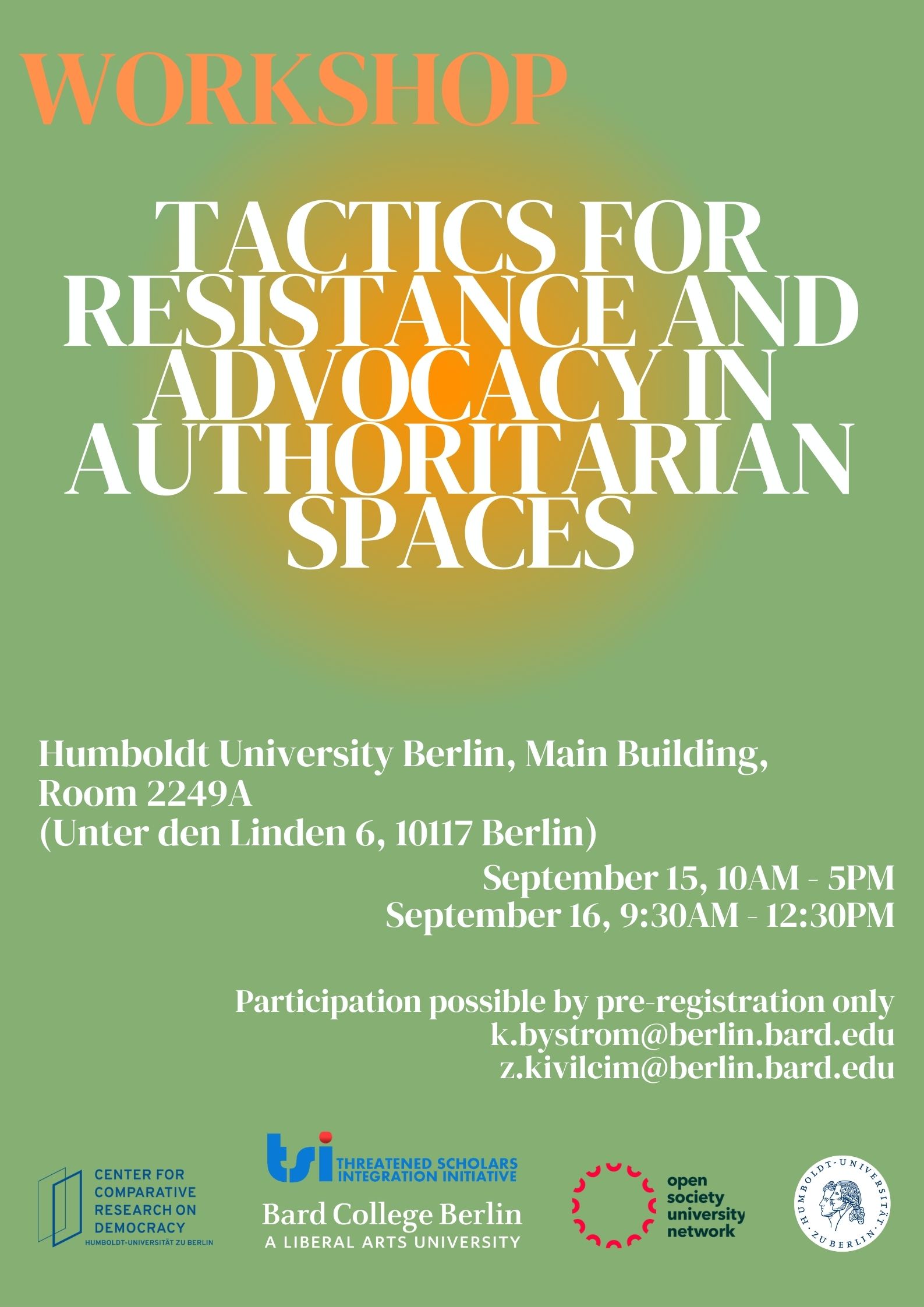 Tactics for Resistance and Advocacy in Authoritarian Spaces

The past decade has seen a spectacular rise of new forms of authoritarianism in Europe and its surrounds, rooted in a global triumph of neoliberalism and relying on modes of populist democratic legitimation (see Brown 2018; Sajó, Uitz, and Holmes 2021; Vormann and Lammert 2019; Wiatr 2019). This workshop asks what can be done to resist this process–especially in locations where authoritarianism transformation has already greatly narrowed the space for independent civil society and media, and protest runs the risk of jail sentences, criminal investigations or worse.

We look specifically to the intertwined fields of law and culture. This is not only because regimes at the center of our analysis–in Turkey, Hungary and Poland–have combined the use of lawfare and the attempt to capture the judiciary as a last check on authoritarian rule with a specific scripting of acceptable narratives about national identity, values and futures and a policing of acceptable voices (Wiatr 2019). But it is also because legal and cultural institutions and practices remain only partially captured (Moustafa 2014). Domestically and through transnational networks they offer avenues for advocacy and resistance when other paths may seem closed.

Bringing together interdisciplinary scholars from the fields of law, politics, performance, literature and visual art, with a focus on the countries mentioned above, this workshop will explore the following questions: How are legal discourses and institutions being used to counter-hegemonic ends? Are there examples and tactics that are already circulating, or which can be shared? Beyond the courtroom narrowly conceived, which “fora” (Weizman 2014; Keenan 2014) should we be looking at? What does it do to broaden the scope for resistance and recognize its aesthetic dimensions? In what ways can writers and artists effectively counter authoritarian scripts? What alliances are needed with legal and political actors and institutions, domestically and internationally? Further, how does one negotiate the need to speak out versus the risks of doing so?