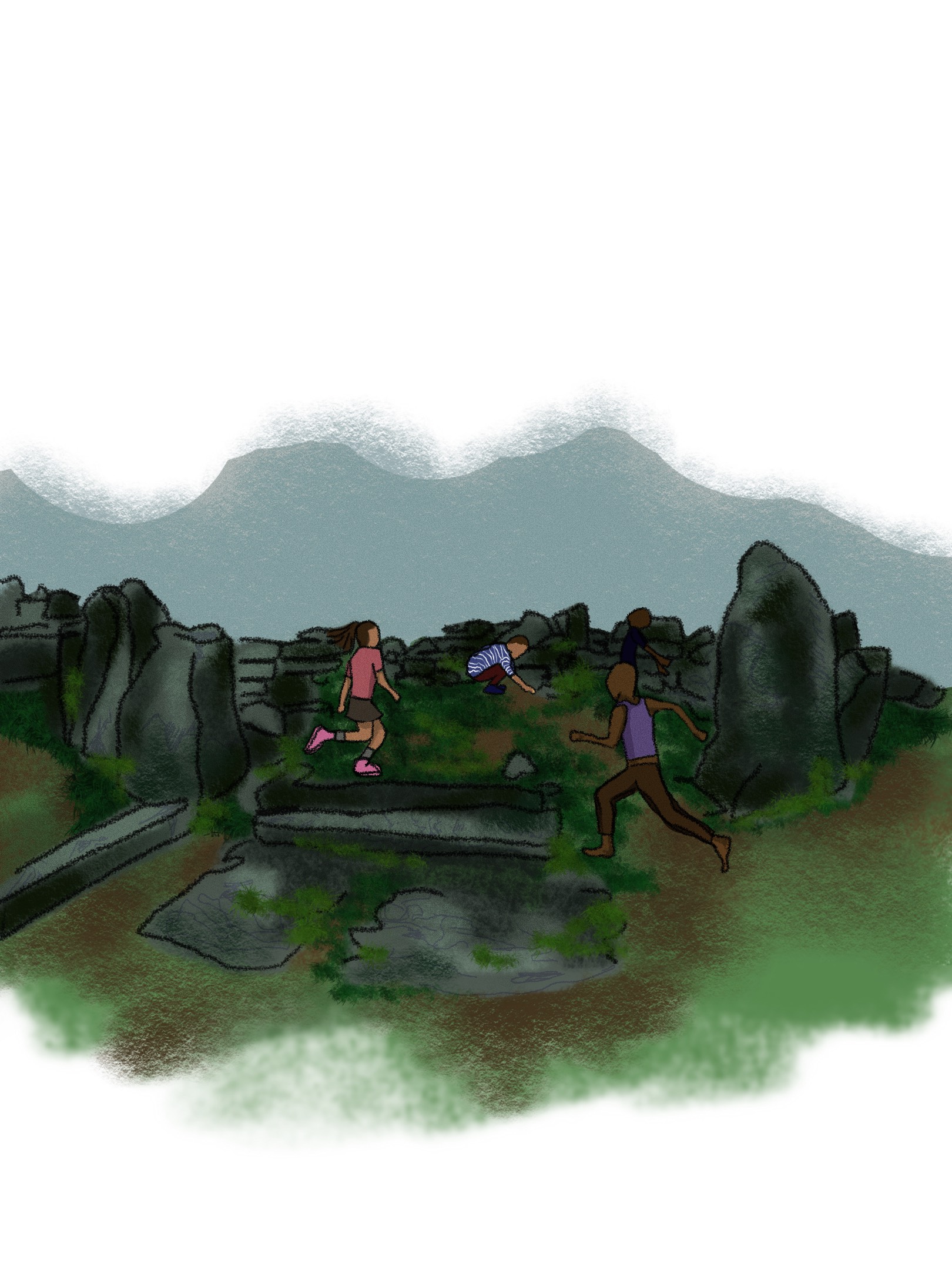 (a pitch = a voice, a register, a throw, a gradient/slope/difference/angle, also a ploy/sales pitch, a turf/field/space; bad luck)

The great sociologist Stuart Hall has theorized diaspora as "a land of no return": a land where new discursive interstitial spaces are created, "weaving the differences"; where lots of presences can be detected, where translations happen, previously silenced truths emerge, power relations are reordered, and hybridity becomes identical with culture. This, as a consequence and result of the movement of human bodies, may sound playful. But the moving bodies and the minds have to work on the ruins of imperialisms and nationalisms of all sorts, threatening the globe. The diasporic pitch asks to negotiate identity and find a voice on the rubbles of a battlefield, from which the flames can strike at any time.

The artistic projects in this exhibition want to show both: some of these ruinations, in the wars, the refugee bureaucracy, the business of the international NGO’s etc., and some of these interstitial spaces, where life and death at and across inhumane borders can be communicated.
The accompanying program explores the broader implications: A panel with the philosopher Omri Boehm and the sociologist Teresa Koloma Beck will discuss the potentials of radical universalism and the duty to civil disobedience. Student-led workshops will draw attention to new “diasporic pitches” by BCB’s Afghani student-activists and by Ukrainian young artists. There will be Ukrainian pottery-making, and there will be Afghan burgers, and drinks and Slovenian Potica, and the night will close with a screening of Diana El Jeiroudi’s acclaimed documentary film “Republic of Silence”.
The event and the exhibition are part of an OSUN network course between Bard College Berlin, Universidad de los Andes, Bogotá, and University of Witwatersrand, Johannesburg. Our partner classes will join the event via Zoom.