BCB senior Vala Schriefer writes the Goya exhibition guide and presents her series of gouaches, “The Atlas of the Stranger” at the Sammlung Scharf-Gerstenberg 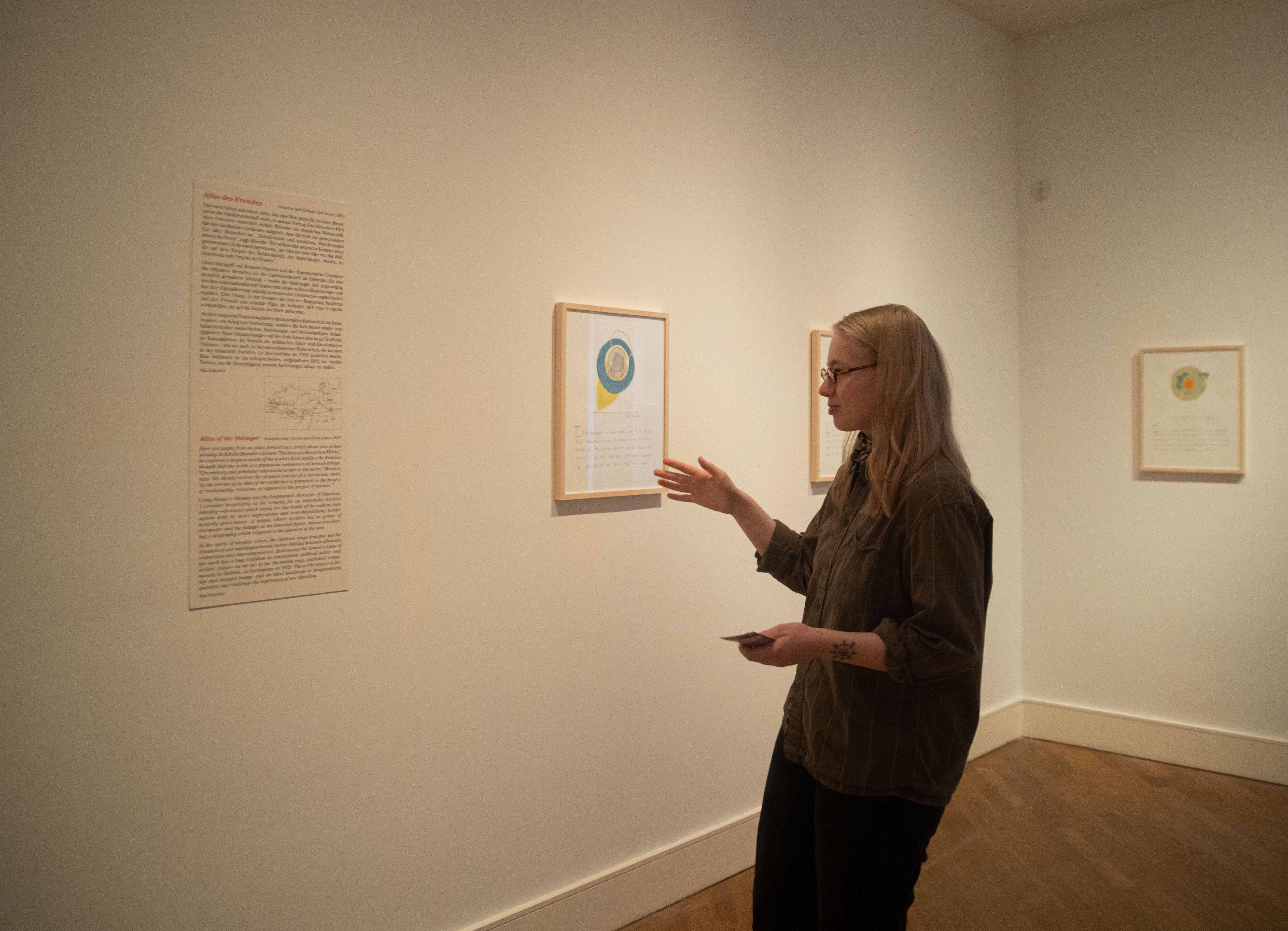 Bard College Berlin senior Vala Schriefer wrote the text for the exhibition guide that accompanies the Goya exhibition, Goya Yo lo vi – Ich sah es – I Saw It at the Sammlung Scharf-Gerstenberg, which shows around three dozen prints and all four print cycles by Francisco de Goya. Vala Schriefer also created the nine-part series of gouaches The Atlas of the Stranger (2021), which is displayed in the Stüler Building for the duration of the Goya exhibition. In the series Vala explores the themes of borders, as enforced by the nation-state system and hospitality as the remedy for divisioned identities. Vala created the work as part of the BCB seminar, Research Creation: Forced Migration and the Arts. The exhibition is the core part of Bard College Berlin’s Eine Uni ein Buch (One University one Book) project.

The themes depicted by Goya are close to the real-life experiences of several BCB students. As Vala writes in the guide: “Studying such an aesthetically and politically powerful artwork as Goya’s Los Desastres de la Guerra creates a newly empathetic viewpoint from which to consider the diverse catastrophic effects of war, including the flight of populations, psychological wounds, and political and geographical reconfigurations across the earth in the present day.”

Goya’s works are particularly relevant to the BCB student body for perceiving images of war and reflecting on ways to move forward. As Vala puts it: “... to be moved by such works, is to allow the beauty and sublimity, or the resistance to them, to be the medium of communication and to be granted that space to feel and think in communion: to feel the horror, and to think, what can be done?” The college’s scholarship initiative, the Program for International Education and Social Change, supports the refugee students that are studying at BCB, a number that represents nearly 15% of the student body.

Goya Yo lo vi - Ich sah es - I saw It will run until November 6, 2022. Over the next several weeks, Bard College Berlin students and faculty will be organizing events in connection with the exhibition and centered on themes such as migration, borders, and Francisco de Goya’s extremely influential role in art history.