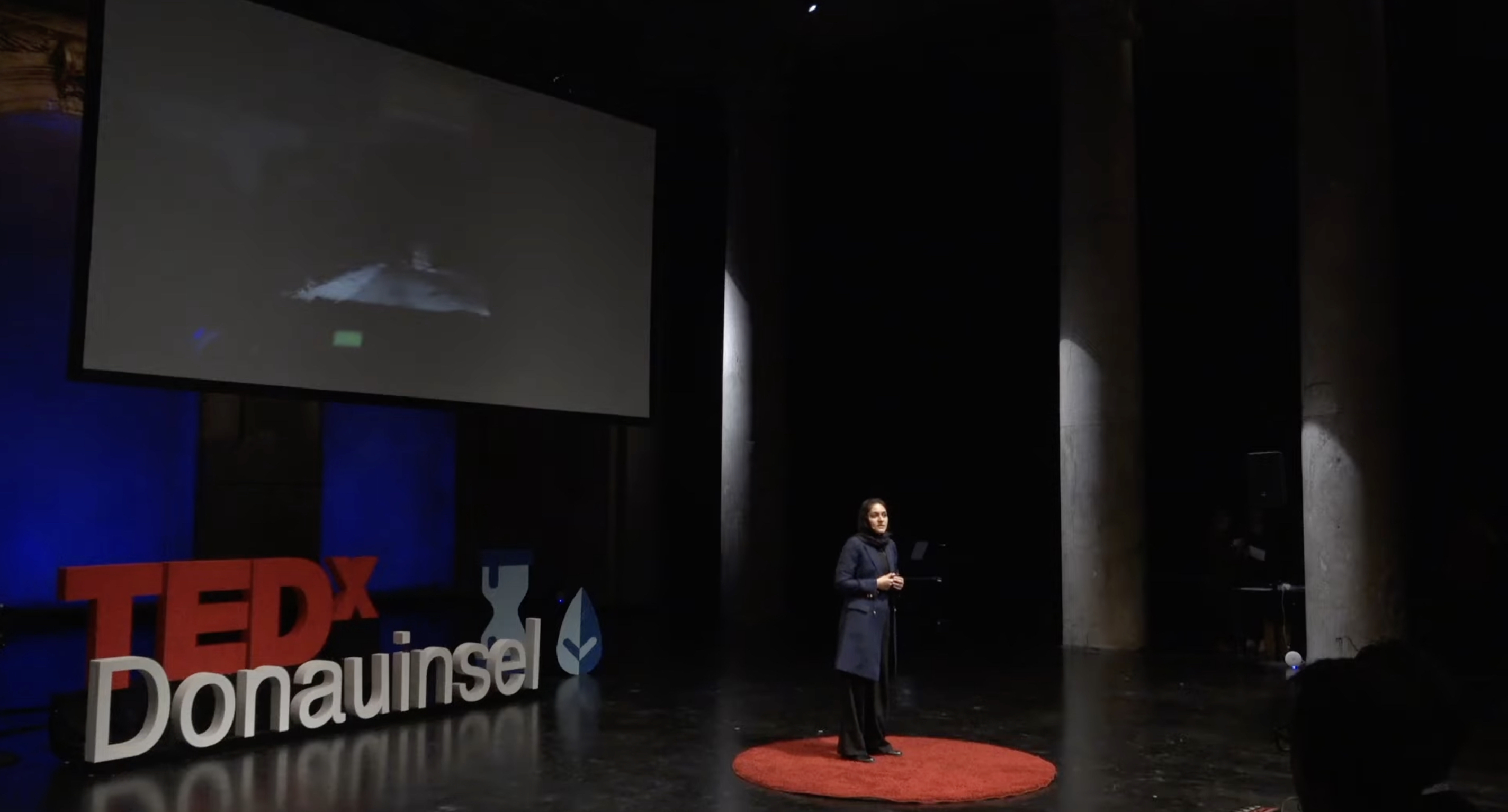 Image provided by TEDxDonauinsel.
This September, Bard College Berlin student Aisha Khurram delivered a TEDxTalk on the subject “Afghanistan: Not A Lost Cause”. Khurram speaks to the power of a generation “born and bred into systematic hate and conflict but [which] never lost its faith in peace and humanity and art and life.”

Khurram joined Bard College Berlin following the Taliban takeover of Kabul in August 2021 and received a fellowship from the Gerda Henkel Stiftung. She was the Youth Representative for Afghanistan to the United Nations in 2019 and prior to studying at BCB, Khurram was a student at American University of Afghanistan. Khurram is a dedicated activist in the area of education for women and girls. She recently joined the Transforming Education Summit as the regional leader of the Tertiary Refugee Students Network hosted by the United Nations.

Though Khurram’s life and work have been disrupted by ongoing geopolitical conflict in Afghanistan, she remains optimistic that with dedication and material change, Afghanistan’s future looks bright. At the end of her talk, she states:

“What happens when you put ‘failure’ into the thought process, into the minds and bodies of a nation and especially its young people, what happens when you call them ‘finished and done’, just because their political systems failed to protect them and their futures? This is the mainstream perception pushed by mainstream media and policymakers around the world. It is true that the political failure is an undeniable reality, but it’s not the whole story. We often underestimate the power of false narratives and the subconscious, counterproductive consequences they have on people and their realities.

[...] And what Afghans, Afghan youth are protesting for and demanding for today is a fight that they have taken upon themselves on behalf of all of us, on behalf of all freedom loving people of the world. They have proven that they are not failed and done, and I'm sure that the free thinking people of the world everywhere will ensure that young Afghans are not forgotten.”

Khurram’s TEDx talk can be watched in its entirety on Youtube.