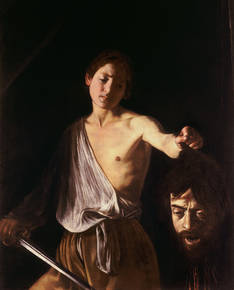 On October 5, 2017, the Faculty Colloquium Series will bring together faculty Michael Weinman and Isaac Ariail Reed (University of Virginia) for a presentation on "Popular Sovereignty and the People’s Two Bodies: Who's Really in Charge?".

We have elsewhere argued that power needs to be rethought as “accrued agency,” where agency is understood as the ability for an “actor” to become a “rector” by successfully enlisting both the capacity for action and the knowledge of one or more other actors, as well as the compliance of “others.” This picture leaves a crucial question open, when thinking about such chains of power under conditions of extended sovereignty in democratic republics in particular. Namely, given that the struggle between rector and actor is one for recognition as well as redistribution, and that the highly hierarchical nature of agency means that what Butler calls the “dissimulation” involved in the accrual of agency is always incomplete and contestable, how is it possible that stable hierarchies persist in democratic republics where there are clearly “too many rectors” and numerous complex chains of rectors-actors-others that interact and overlap one another? Weinman and Reed's talk motivates and tries out some possible responses to this question.

Michael Weinman is Professor of Philosophy at Bard College Berlin since 2013, after originally arriving as a Guest Professor in 2010. Michael received his doctorate in Philosophy in 2005 from The New School for Social Research in New York. He is the author of three books. The most recent, due to be published in November 2017, is an investigation of the Parthenon as an education in the liberal arts co-authored with Bard College Berlin faculty member Geoff Lehman.

Isaac Ariail Reed is Associate Professor of Sociology at the University of Virginia. He works in social theory, historical sociology, and cultural sociology. He received his Ph.D. in sociology from Yale University in 2007, and his B.A. in Mathematics and Sociology & Anthropology from Swarthmore College in 2000.