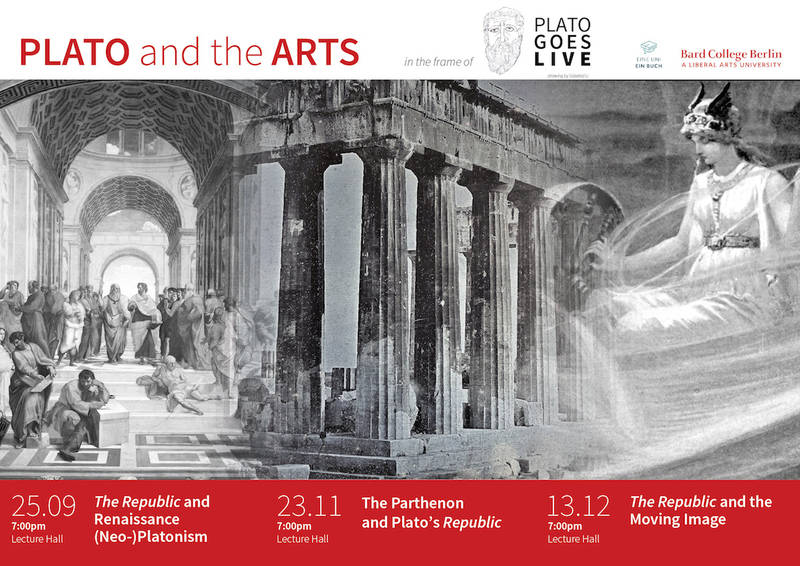 The Parthenon and Plato’s Republic

Bard College Berlin Lecture Hall
On November 23, Bard College Berlin will hold the second event in the 'Plato and the Arts' series: an evening seminar entitled "The Parthenon and Plato’s Republic," led by faculty members Geoff Lehman and Michael Weinman.

The Parthenon - the temple dedicated to the goddess of both wisdom and craft which dominated the Athenian civic landscape during Plato’s lifetime - features a continuous proportionality based on musical ratios and an overriding concern with harmonia (harmony), the joining together of different things, that motivates the various refinements to the building's proportionality. In Book 7 of the Republic, Socrates and Glaucon discuss a problem-oriented curriculum grounded in the mathematical arts, and the way it can lead to dialectic, the crucial step in the education of a philosopher.

The presentation takes the two together to ask: how do the architectural and artistic features of the Parthenon disclose the very orientation towards problems and the invitation to dialectical thought that Plato's Socrates names as the best education for those who would truly know, and not merely opine about, the highest things?