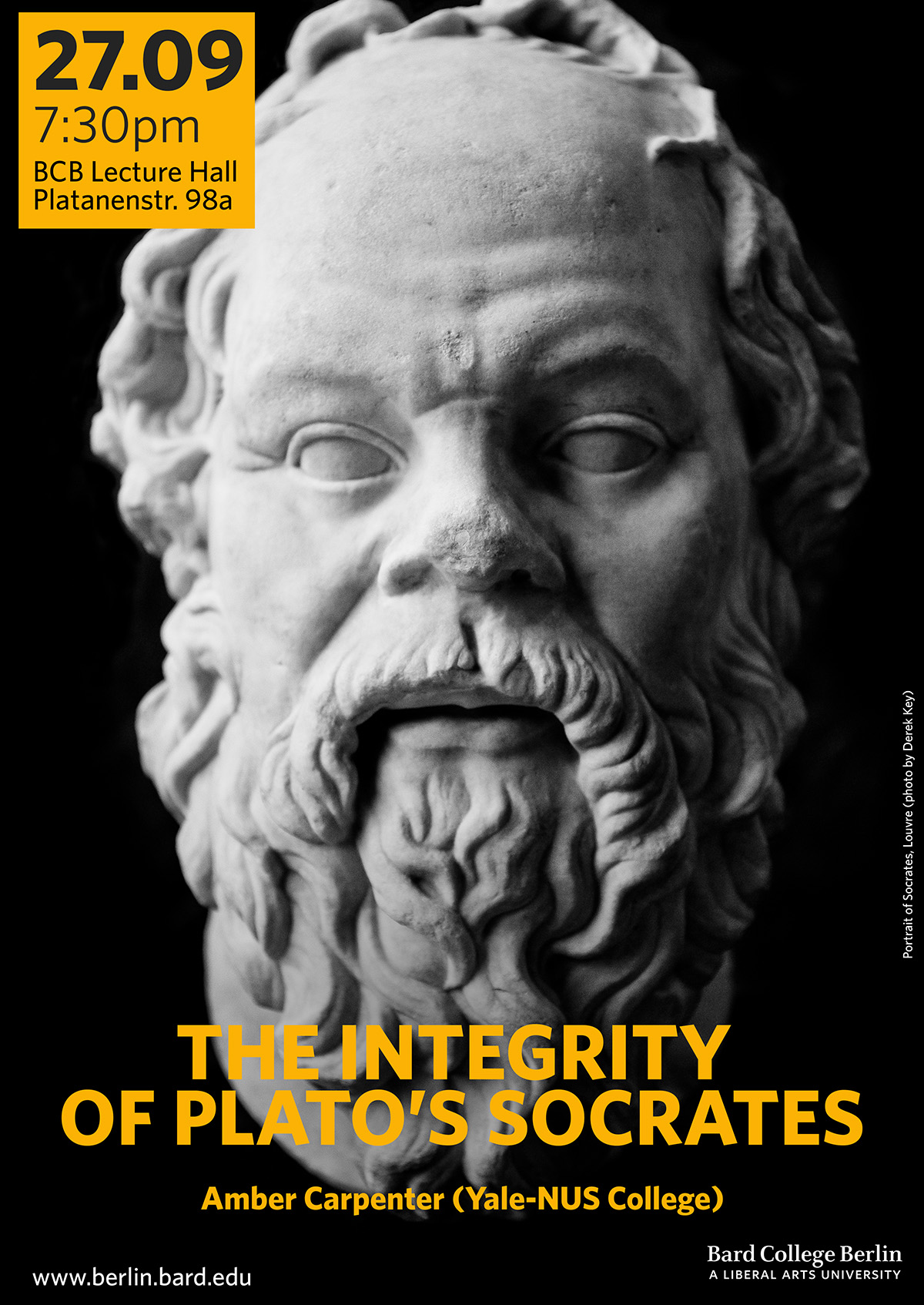 In the Gorgias, Callicles accuses Socrates of lurking with boys in dark corners. Plato’s Socrates has been lurking in the dark corners of the European imagination ever since. Athenians of the 4thcentury BCE were evidently bothered by Socrates, who was pilloried by Aristophanes, and executed by jury of five hundred of his peers - but who also inspired a new genre of literature, the Socratic dialogue. The figure of Socrates remains prominent, and ambiguous, throughout the ensuing centuries of European intellectual and artistic life. What is it about him that haunts us – and at the same time attracts us?
In addressing this question, we will look specifically at Socrates as Plato describes him in his several dialogues, where Plato marries carefully-chosen details of Socrates’ life and behaviour, and vivid depictions of ‘the man himself’ in conversation, to a searching diagnosis of what it is about human nature, our condition, and the good that enabled Socrates to have this extraordinary goodness, and affect those around him in the diverse ways he did. As Plato tells it, Socrates’ unfailing consistency in word and deed, his steadfastness and incorruptibility, are all inevitable expressions of his unified soul. Our complex psyches can be in conflict; but they can also be harmoniously unified, when governed by a commitment to truth about goodness. What Plato captures particularly well is not just the psychology underwriting (what Plato gives us reason to call) Socrates’ integrity, but the way that this very same integrity is responsible for others’ varied experiences of Socrates as both maddening and alluring.

Amber Carpenter is Associate Professor at Yale-NUS College, and supervises doctoral students at the University of York. After a PhD (London) and scholarly publications on Plato’s ethics, moral psychology and metaphysics, an Einstein Fellowship enabled her to begin research into Sanskrit philosophy, focusing on Buddhist materials. Her book Indian Buddhist Philosophy appeared in 2014. She continues to publish on Greek philosophy and, increasingly, on Greek and Indian Buddhist philosophy together, focusing usually on the ethical implications and underpinnings of metaphysical and epistemological arguments. She has taught or held visiting research appointments at the University of York, St. Andrews, Cornell and Oxford, the University of Melbourne, Yale, and the European College of Liberal Arts (the previous name of Bard College Berlin).
She currently holds a fellowship with The Beacon Project, exploring ‘Ethical Ambitions and their Formation of Character’ in Plato and in Buddhist thought.