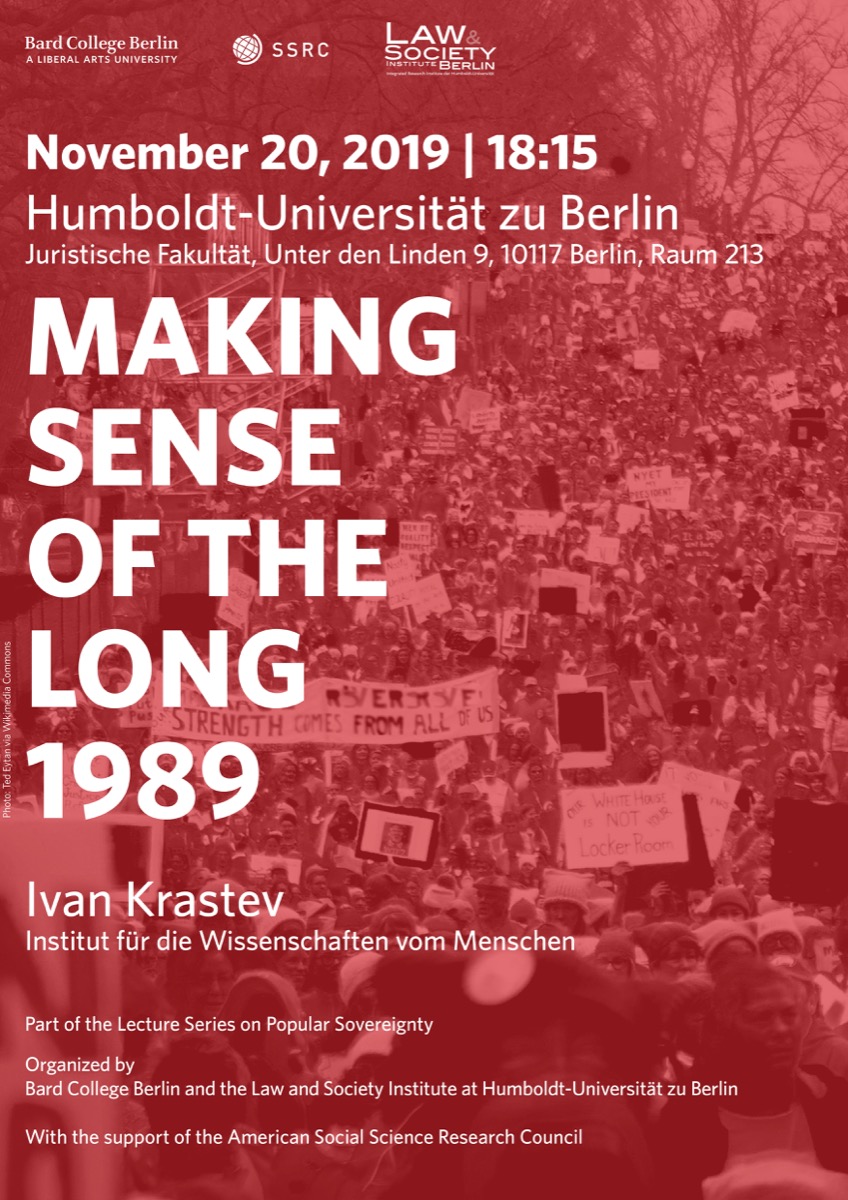 Why did the West, after winning the Cold War, lose its political balance? In the early 1990s, hopes for the eastward spread of liberal democracy were high. And yet, the transformation of Eastern European countries gave rise to a bitter repudiation of liberalism itself, not only there but also back in the heartland of the West.

Based on his book The Light that Failed, co-authored with Stephen Holmes, Ivan Krastev argues that the supposed end of history turned out to be only the beginning of an Age of Imitation. Looking at the history of the last thirty years, it seems that the most powerful force behind the wave of populist xenophobia that began in Eastern Europe stems from resentment at the post-1989 imperative to become Westernized.

Ivan Krastev is the chairman of the Centre for Liberal Strategies in Sofia and permanent fellow at the Institute for Human Sciences, IWM Vienna. He is a founding board member of the European Council on Foreign Relations, a member of the Board of Trustees of The International Crisis Group and is a contributing opinion writer for the New York Times. He  is a Mercator Senior Fellow (May-December 2019).  His latest books in English are After Europe (UPenn Press, May 2017); Democracy Disrupted. The Global Politics on Protest (UPenn Press, May 2014); In Mistrust We Trust: Can Democracy Survive When We Don't Trust Our Leaders? (TED Books, 2013). Ivan Krastev is a co-author with Stephen Holmes of a forthcoming book The Light that Failed (Penguin, 2019) on perils of the politics of imitation.