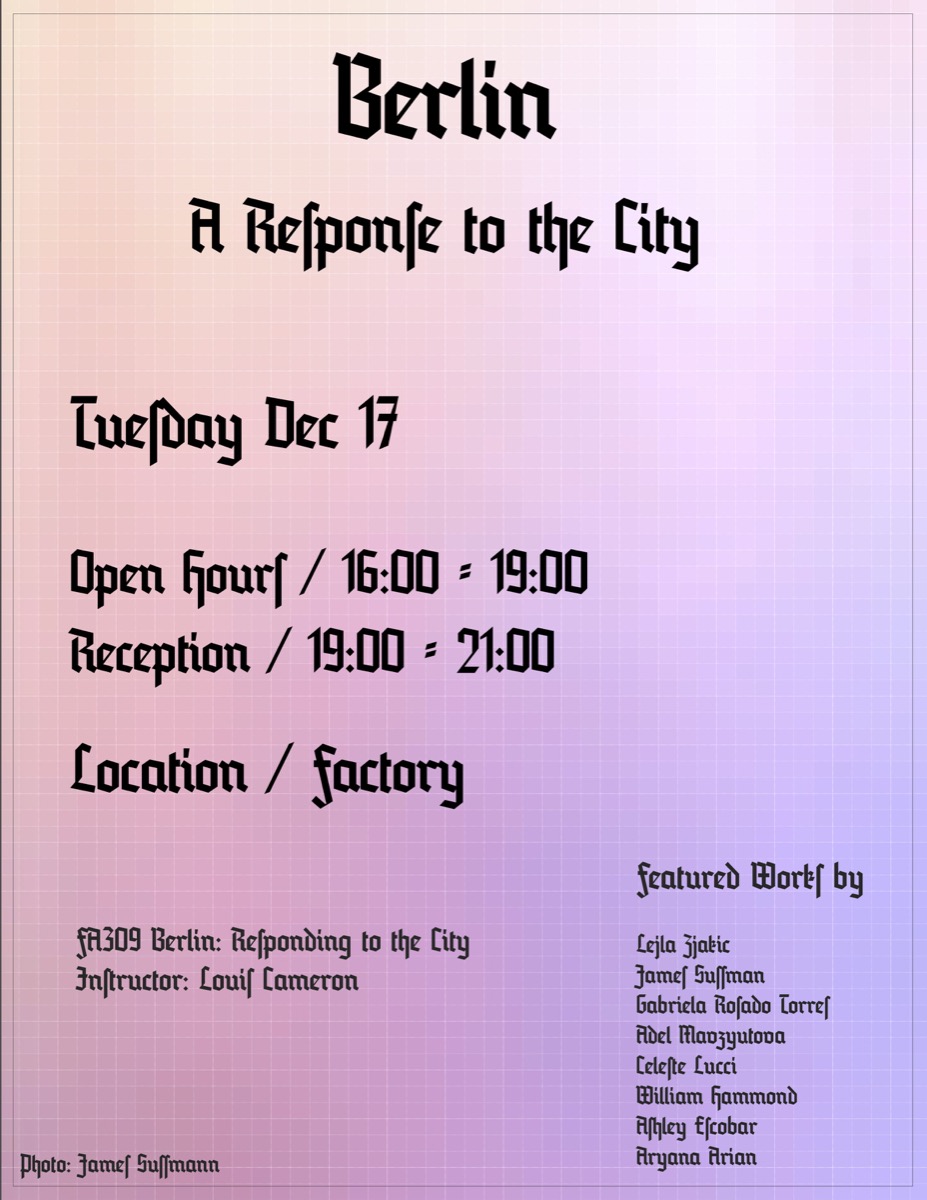 Berlin. A Response to the City

The course Berlin: Responding to the City led by Louis Cameron proudly presents "Berlin. A Response to the City".

Berlin, a city and the home of millions of people from various international backgrounds, has transformed throughout its modern and contemporary history. Since the fall of the Wall, new challenges have impacted city environment including: economic inequality, gentrification, rise of creative classes, the tech boom, various waves of immigration, and more.

This exhibition tries to showcase various individual views of these political and social changes. Through a diversity of mediums and world views, the students, with guidance from multidisciplinary artist Louis Cameron, are interacting and thinking throughout the city using various artistic mediums and conceptual methods of visual culture. Is there such a thing as a singular archetypal Berliner?

BVG Directions: Bard College Berlin's Factory is in Niederschönhausen, a 12-minute tram ride from the “Pankow” S/U-Bahn station. Take the M1 tram towards the destination “Rosenthal Nord” (not "Schillerstrasse") and exit at “Friedrich-Engels-Str. / Eichenstrasse”. Bard College Berlin’s Factory is 2 blocks away on the right side with a large red banner in front.