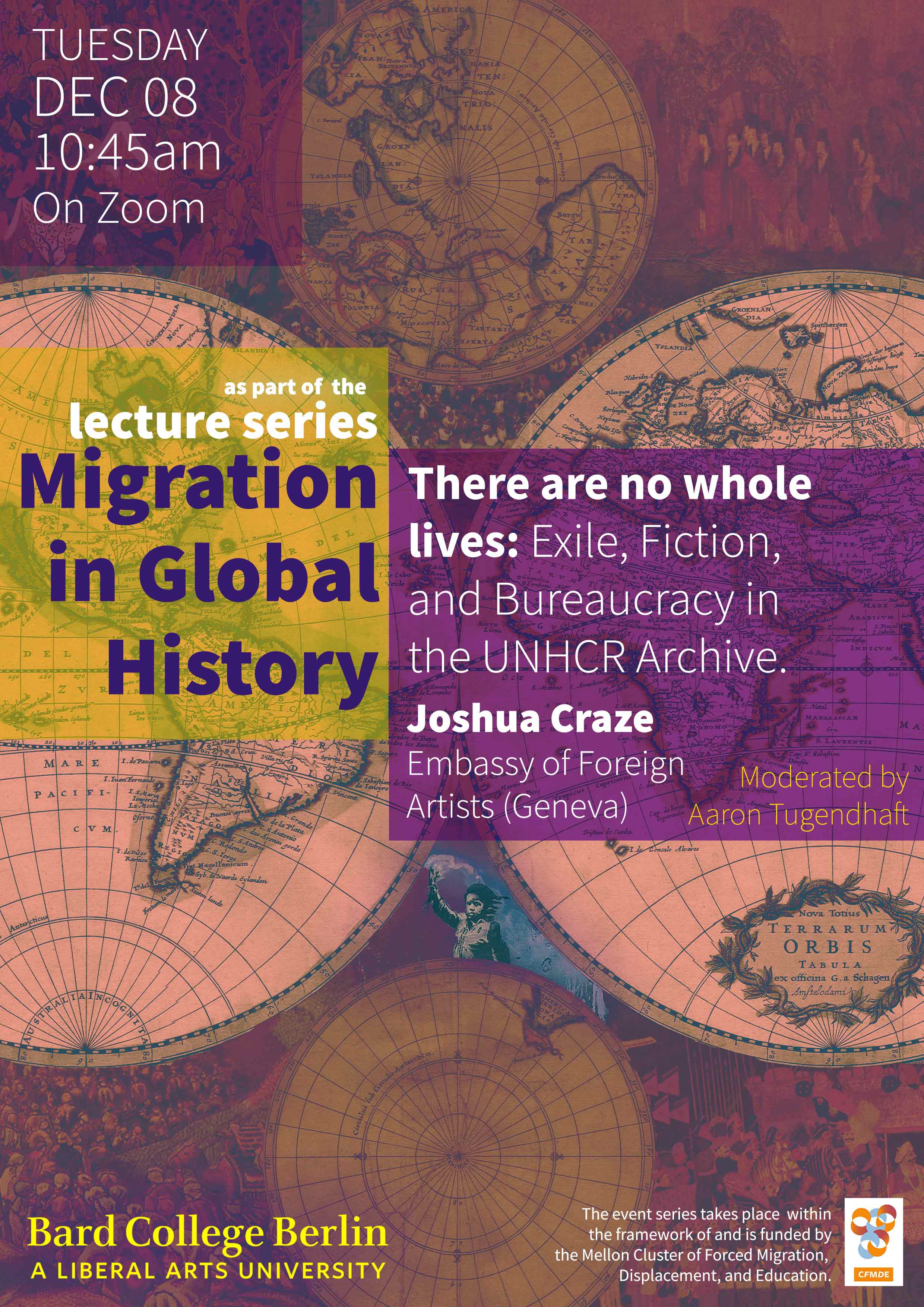 Joshua Craze: "There are no whole lives": Exile, Fiction, and Bureaucracy in the UNHCR Archive

Joshua Craze was educated at the University of Oxford, l'EHESS-Paris, the University of Amsterdam, and the University of California, Berkeley; he has a Ph.D. in Socio-Cultural Anthropology from the latter institution. He has lived in Britain, Cambodia, Egypt, France, the Netherlands, Kenya, America, Germany, and South Sudan, and has taught political philosophy at Sciences-Po, Paris, and anthropology at Berkeley, and in San Quentin State Prison, California. From 2014-18, he was a Collegiate Assistant Professor and Harper-Schmidt Fellow at the University of Chicago, teaching in the Social Science core. From 2013-19, Craze was the nonfiction editor of Asymptote, a journal of literature in translation, for which he edited and published authors including Dominique Eddé, Abdourahman A. Waberi, Abdelfattah Kilito, Abdellah Taïa, Antonin Artaud, Gonçalo M. Tavares, Miljenko Jergović, and Semezdin Mehmedinović, amongst many others. In 2014, he was UNESCO Laureate Artist in Creative Writing, and also held a residency at the Dar Al-Ma'mûn, in Marrakech, Morocco. In addition to his work as a writer, Craze is also a researcher on South Sudan who has been published by Small Arms Survey and the Conflict Sensitivity Resource Facility, amongst others. His journalism has been published in the British Guardian, the Washington Monthly, and Onsite Review.

The event is moderated by BCB faculty Aaron Tugendhaft.


This lecture is the final installment of the lecture series on Migration in Global History that is taking place within the framework of the Mellon sponsored Consortium of Forced Migration, Displacement, and Education.