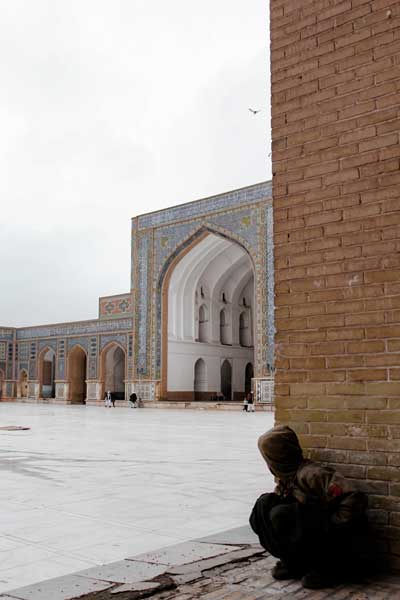 After the precipitous withdrawal of the U.S. and its allies from Afghanistan in August, tens of thousands of Afghans who had worked with the Western Allies are stranded in Afghanistan, fearing for their lives and futures. Comparatively few have been evacuated to the West. Women, queer people, and minorities like the Hazara are especially endangered. While every day civic and political rights are being more restricted by the Taliban, many are trying to flee to neighboring countries. But entering Uzbekistan, Iran, and Pakistan has become almost impossible. In Pakistan, which advocates for the legitimacy of the Taliban, the mood against refugees is tipping. Prices for a visa, transportation, smugglers, food, and everything else are skyrocketing. Desperation is growing among the people left behind and in Afghan diasporas around the world.

Join us for an online event discussing the current developments with BCB students from Afghanistan.

Having survived Taliban rule in Afghanistan, he arrived alone in Germany aged 22. He went on to study Humanities at Bard College Berlin, with a full scholarship and now he is in his third year of BCB's BA program. Today he is working to raise awareness on issues concerning the violations of human rights and rights to education in Afghanistan as a diaspora in Berlin.

Ibrar is a second year BA student at Bard College Berlin. He has been living in Germany for over a year after having spent three years in Hungary. He grew up as a second generation Afghan in Pakistan and always felt connected to Afghanistan through culture, language and ethnic identity. “Today, another generation of Afghans are losing their homes and livelihoods - another generation of Afghans are going to live in exile. The world has to stand up in solidarity with Afghans."

Sayed was born in Afghanistan and has lived most of his life as a refugee first in Pakistan and then in Hungary, graduating from high school there. He is currently in his final year of the Economics, Politics, and Social Thought BA program at BCB. He has worked as a social worker in refugee integration programs in Hungary until 2019 and is now a member of the European Commission Expert Group on the Views of Migrants in the Field of Migration Asylum and Integration.

Pashtana is a former refugee who was born in Pakistan's refugee camp and is now an educator and the director of LEARN, Afghanistan. She is also a global youth representative for Amnesty International and the Malala Fund Education Champion. Pashtana was evacuated from Afghanistan very recently and currently is in the US.
Fatima Airan

Fatima Airan is a former senior specialist at the Ministry of Finance of Afghanistan who graduated from the American University of Central Asia in 2019 after completing her bachelor in Economics. Fatima along with her sister was evacuated in August after the Taliban's takeover and she is currently waiting for relocation in Kigali, Rwanda.
This event is part of the Real Talk Series and supported by the Open Society University Network Threatened Scholars Initiative and the Mellon Consortium on Forced Migration, Displacement and Education.