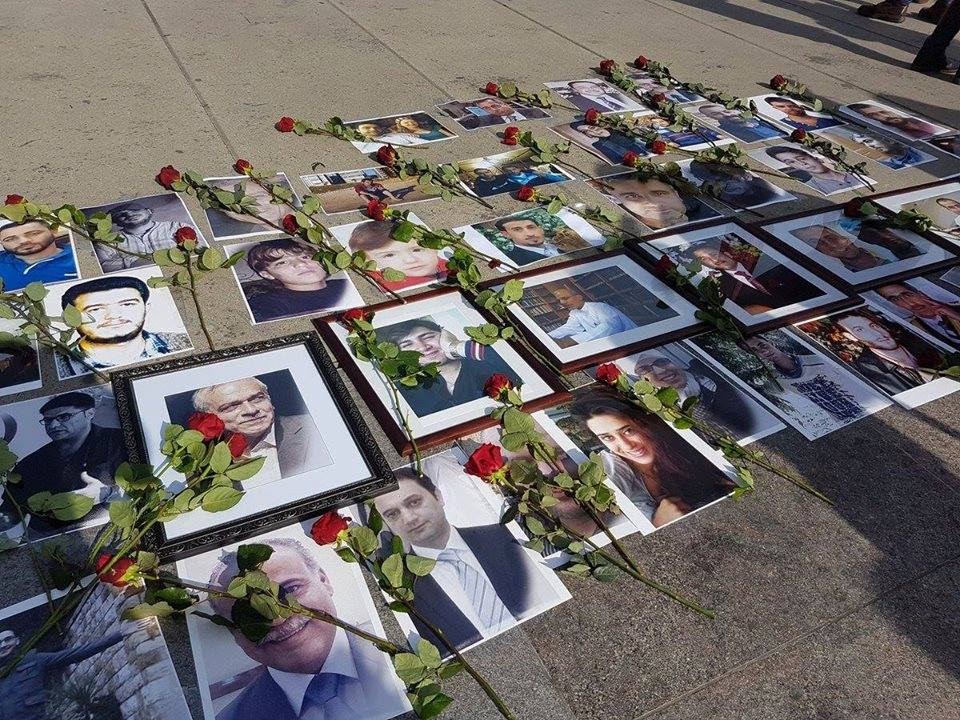 Real Talk: Syria's State Torture on Trial - A Route to Justice and the Role of the Survivors

On 23 April the Higher Regional Court in Koblenz, Germany, began the first trial worldwide on state torture of at least 4,000 people, 58 murders and related crimes of rape and sexual assault at the detention centre of the General Intelligence Service's Al-Khatib Branch in Damascus. Eyad al-Gharib is accused of aiding and abetting torture in at least 30 cases.

Syria's survivors of torture will testify before the German court as part of the trial. This trial sets an important precedent, as Syrian officials have so far escaped prosecution for crimes against humanity. The International Criminal Court is not authorized to start an investigation into the crimes, as Syria is not a party to the Roman Statute. At the same time, a referral to the court by the UN Security Council is currently blocked by Russia and China. However, there are other legal avenues to be pursued in the EU. In Germany, cases are now being brought against individuals for crimes committed in Syria through the principle of universal jurisdiction. This principle allows for a state's jurisdiction over crimes against international law, even when the crimes did not occur on that state's territory, and neither the victim nor perpetrator is a national of that state. The principle allows national courts in third countries to address international crimes occurring abroad, to hold perpetrators criminally liable, and to prevent impunity.

Two days into the court hearings and as a part of the Real Talk Series at the Volksbühne Berlin, The Syria Campaign, Families for Freedom, the Volksbühne and Bard College Berlin are co-hosting a discussion with a panel of human rights activists and legal experts about the significance of this trial, the limitations of the principle of universal jurisdiction, and what it will mean in the long term for justice and accountability in Syria.

Andreas Schüller: Director of the international crimes and accountability program at the European Center for Constitutional and Human Rights
Anwar Albunni: Syrian human rights lawyer and the director of the Center for Legal Research and Studies
Wafa Moustafa: Syrian activist and journalist and a member of Families for Freedom
Bente Scheller: Panel Chair, Head of Middle East and North Africa Division, Heinrich Böll Stiftung

There will be time for questions during the panel, and you are welcome to submit questions in advance to [email protected]
Language: English

A cooperation between Bard College Berlin, the Volksbühne Berlin, the Families for Freedom, the European Center for Constitutional and Human Rights and the German Council of Foreign Relations