Joyce and the Idea of Europe conference held at Bard College Berlin, analyzing the life and legacy of James Joyce 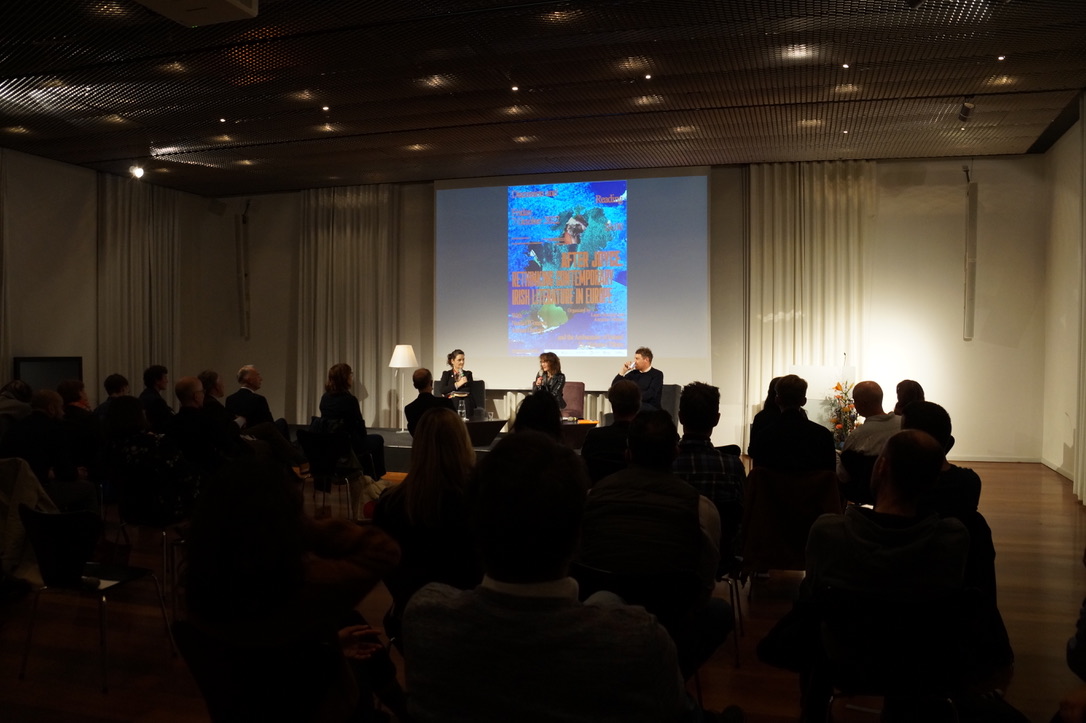 Photo Credit: Claudia Peppel/ICI Berlin, 2022
This October, Bard College Berlin hosted the two-day conference “Joyce and the Idea of Europe”. The event was organized by Laura Scuriatti (Bard College Berlin) and Annalisa Volpone (CEMS, University of Perugia) in collaboration with the ICI Berlin and with the support of the Jan Michalski Foundation and the Embassy of Ireland.

The conference centered on the exploration of how Joyce’s corpus of works offers a complex notion of Europe as a geopolitical and cultural space of exchange. Set against contemporary existential threats to a shared notion of Europe, this conference intends to revisit Joyce’s vision of European identity, one distinct from a notion of European cosmopolitanism, which is often associated with European modernism and to Joyce himself. The event’s full program can be found here.

As part of the conference, the ICI Berlin hosted the reading “After Joyce”, which included guest speakers Nuala O’Connor and Adrian Duncan and a welcoming address from Dr. Nicholas O’Brien, the Irish Ambassador to Germany. Other lectures given at the conference include
“Who's He When He's Abroad? Joyce and the Irish in Italy” and “Europe and Europa: The Heritage of Myths for a Critique of Euro-essentialism and Euro-skepticism”.

2022 marks the centenary of the publication of James Joyce’s Ulysses.