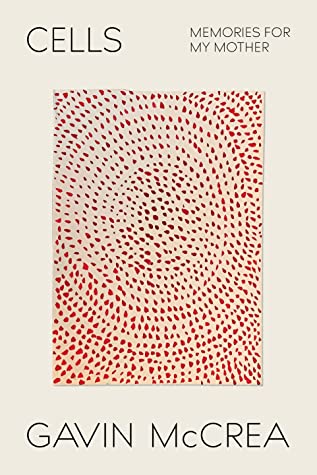 BCB Creative Writing faculty Gavin McCrea has published his first memoir, Cells: Memories For My Mother with Scribe Publications. Cells is McCrea’s third book after Mrs Engels (2015) and The Sisters Mao (2021) and his first work of non-fiction.

Cells: Memories For My Mother was written while McCrea was sharing a small flat in Dublin with his mother during quarantine. From Foyles:

“Moving through a sequence of remembered rooms - the 'cells' - Gavin unspools an intimate story of his upbringing and early adulthood: feeling out of place in the insular suburb in which he grew up, the homophobic bullying he suffered at school, his brother's mental illness and drug addiction, his father's sudden death, his own devastating diagnosis, his struggles and triumphs as a writer, and above all, always, his relationship with his mother. Her brightness shines a light over his childhood, but her betrayal of his teenage self leads to years of resentment and disconnection. Now, he must find a way to reconcile with her, before it is too late.”

Cells: Memories For My Mother has been released in Ireland, the United Kingdom, Australia, and New Zealand. It is slated for a U.S. release in April 2023.

“​​Cells is a raw, throbbing thing; the literary equivalent of an open wound, but one that’s been cauterised by a highly skilled surgeon.” –The Telegraph UK

“The tone of Cells is sombre, scathing, at times vengeful, recollections written with the kind of anger that brings a startling clarity of expression to subject matter that includes homophobia, class issues, mental health, parental neglect and illness.” –The Irish Times

“McCrea examines his past like a surgeon wielding a scalpel. The result is a visceral and searching memoir where the author displays seemingly inexhaustible strength in revealing his vulnerability.” –The Sunday Business Post