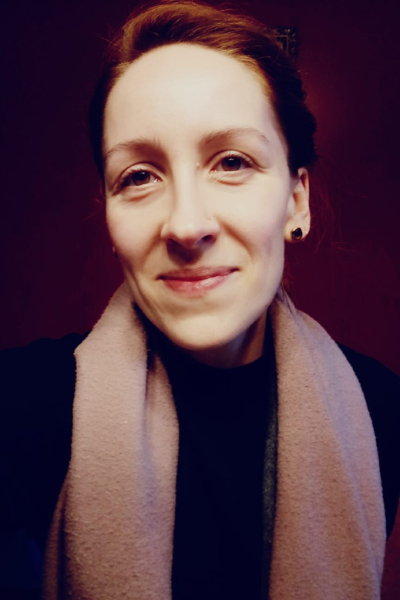 Russia
MA in Literary and Cultural Studies
University of Groningen
Aleks Kudriashova is a scholar of film, art, architecture, German language and literature. She is currently finishing her dissertation at Harvard University (Department of Germanic Languages and Literatures and Department of Art, Film, and Visual Studies) which investigates cinematic approaches to contested urban spaces and the Wall in divided Berlin of the 1980s and beyond.

Aleks earned her degree in Philology, German and International Literatures at the Moscow State Lomonosov University in 2009. In 2013, she completed her M.A. degree in Literary and Cultural Studies at the University of Groningen in the Netherlands.

Her areas of interest include the study of European avant-garde(s) with a particular focus on underrepresented women writers; the intersections between literature, architecture, and visual culture in Germany, Austria, and beyond (from late 19th century to the present); utopian and dystopian narratives; the art of propaganda embedded in 20th and 21st century popular culture; and the legacies of critical theory.

Aleks’ work as a teacher has gravitated toward literary, visual, and digital literacy; critical pedagogies; genre-based approaches to teaching; curricular design with an emphasize on social justice and the critique of the power of language. Her current research focuses on the politics of space and spatial representation, the history of urban imagery and imaginary as well as the broader relationship between architecture, literature, and the visual arts.