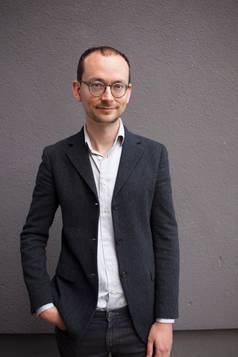 Netherlands
MA in Arts and Science; Liberal Studies
Maastricht University; The New School for Social Research
Born in the Netherlands, Florian Duijsens attended Maastricht University, where he received an M.A. in Arts & Sciences with a thesis about the politics of contemporary superheroes. With the support of a Fulbright Graduate Study Grant, Florian then attended the New School for Social Research in New York, graduating with honors and receiving an M.A. in Liberal Studies with a thesis about sentimentality as a rhetorical strategy in popular music, literature, and film.

Living in Berlin since 2007, he works as an editor, translator, and writer, and also teaches in the Language & Thinking program at Bard College in the US. Together with Katy Derbyshire, he founded and co-hosts the international event and podcast series, the Dead Ladies Show. Formerly the senior editor of Asymptote and the longtime fiction editor of SAND Journal, he is currently an editor at biannual art magazine BLAU International, and has also edited literary translations for Suhrkamp, Insel Verlag, V&Q Books, and World Editions. His own work has appeared in The Guardian and Daddy, among other publications, and he has translated the award-winning likes of Hanna Bervoets and Anne Vegter.