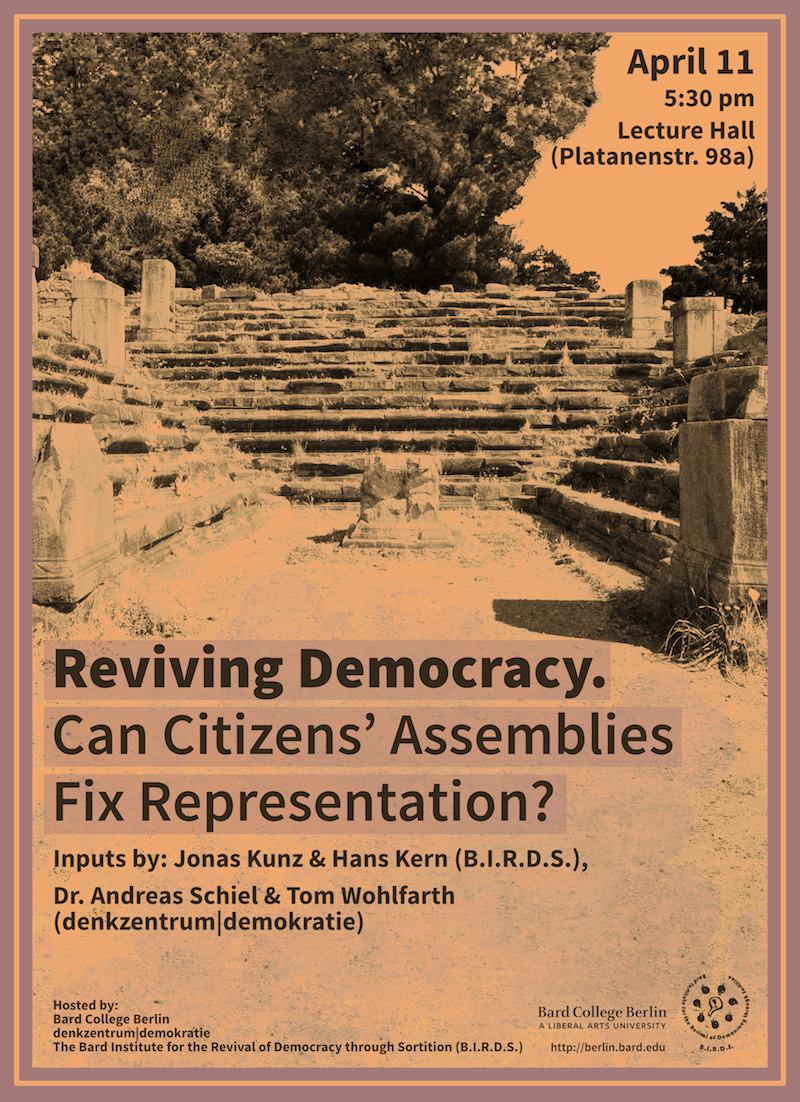 Bard College Berlin Lecture Hall, Platanenstr. 98a, Berlin - Pankow
On Thursday, April 11, 2019 Bard College Berlin, B.I.R.D.S. and denkzentrum|demokratie invite you to partake in a discussion on the future of democracy.

Western democracy is undergoing a crisis of faith. Citizens' general mistrust of elected representatives is calling into question the efficiency and legitimacy of our parliamentary systems. Pressure from the right as well as the left, is forcing social polarization.

Could Citizens' Assemblies be a tool to rebuild trust and reinvent the relationship of citizens and politicians?
Could they cultivate unused potentials of collective intelligence and social cohesion?
In short, can Citizens’ Assemblies help revive democracy?

The Bard Institute for the Revival of Democracy through Sortition (B.I.R.D.S.) is a recently founded project of the Hannah Arendt Center at Bard College, NY, to investigate and strengthen the role of citizen participation in government.

denkzentrum|demokratie is a non-profit thinktank based in Berlin, Munich and Münster, aimed at exploring the current crisis and future perspectives of democracy.

The discussion takes place in connection to the course Introduction to Comparative Politics led by Boris Vormann.