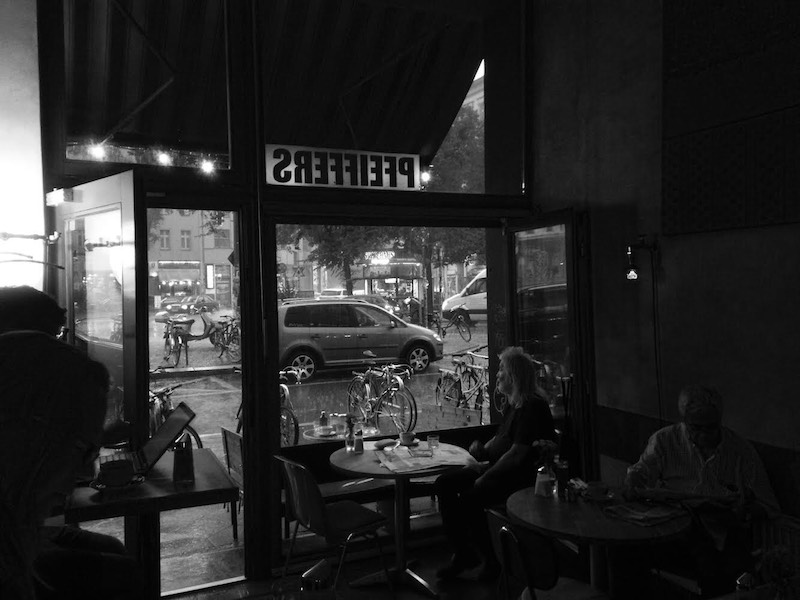 Grüner Salon, Volksbühne, Rosa-Luxemburg-Platz, Berlin
Perhaps it takes an outside perspective, one familiar with the language born of the 2011 Arab uprisings and with the experience of so-called 'failed' revolutions to indicate new ways out of an impasse. Egyptian sociologist Amro Ali offers such a perspective: he recently penned an essay characterizing Berlin as an exile capital with enormous potential to be a meaningful political laboratory. The networks of exile have the potential to release immense intellectual and artistic energy into the city, yet the urge for fundamental political change that could emanate from it tends to fizzle out. The fragmentation and lack of political efficacy, which prohibit any capacity for action, raises the question: how could these Arab diasporic spaces overcome their paralyzing political despair and inactivity? Arab Berlin, after all, echoes what New York was for Jewish exiles fleeing Europe in the 1930s and 1940s or Latin American exiles making a home in Paris in the 1970s and 1980s.

In the first part of the evening, Amro Ali will present his ideas on the challenges facing the burgeoning of this political body, and propose a new type of beginning. A beginning for a political discourse in a new, revolutionary, but non-violent "language of consciousness" that respects the dignity of fellow human beings and seeks to enlarge their common space. A beginning through "poiesis" and “praxis” beyond the diaspora, to reach a place where an Arab exile body can enter a shared conversation with other communities.

In the second part, three young Syrian artists and students from Bard College Berlin, Wafa Mustafa, Anas Maghrebi and Rafat Alkotaini, will respond by showing short films that shed light on the experiences of exile in Berlin – namely, political experiences with an existential dimension in which every human being that prizes thought can access. These artistic contributions might serve as examples of the despair that foments political stalemate and inactivity. They also might be seen as a counter-argument to Amro Ali’s ideas of agency, or even furnish what Amro Ali is asking for, a new beginning that is urgent yet cautious and aware of its vulnerability.