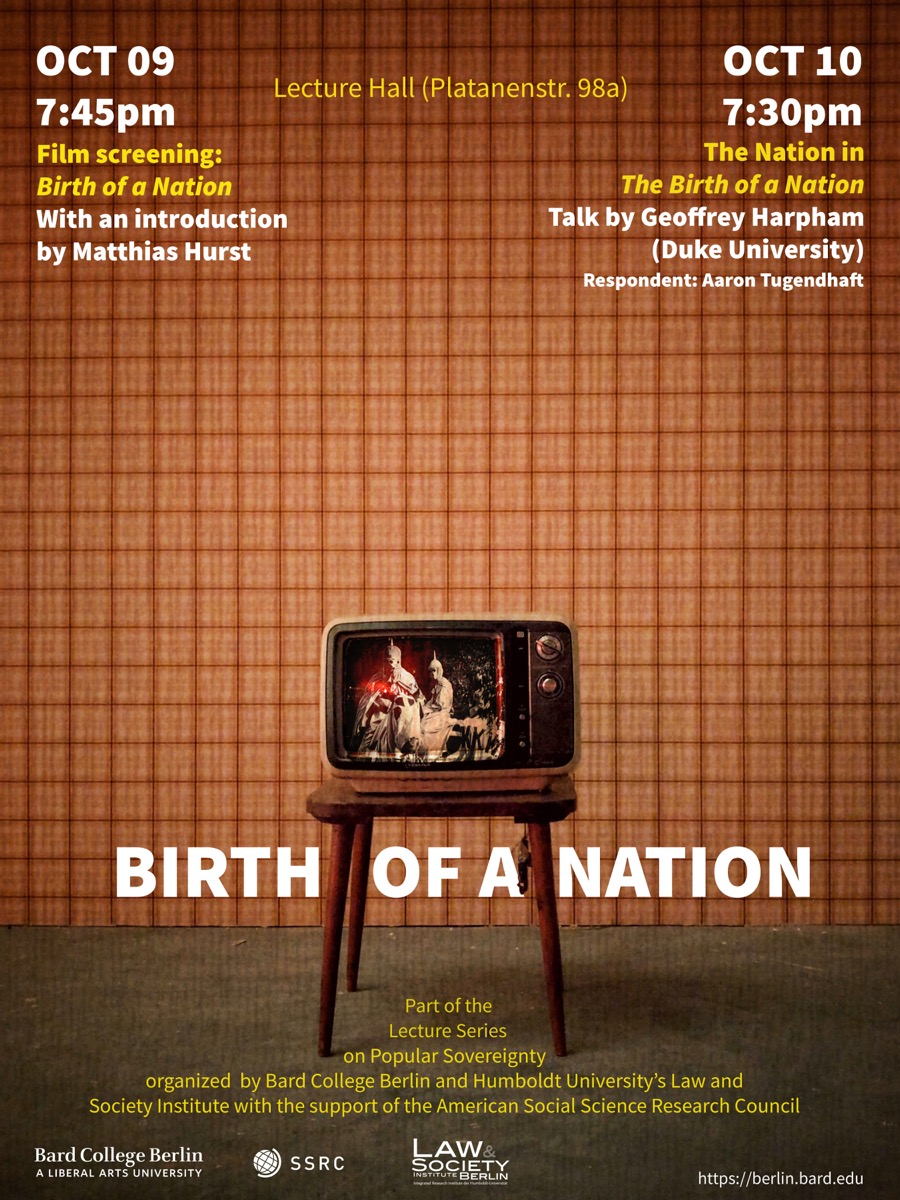 The Nation in The Birth of a Nation

Reviled and dismissed as the most morally shameful major work of art produced in the United States for its treatment of race and racial violence, D. W. Griffith's 1915 film The Birth of a Nation can also be understood as an unintended reflection on the subject of the nation. Understood in this way, and partially detached from its creators and its historical moment, Griffith's film acquires a surprising new depth, suggestiveness, and pertinence.

Geoffrey Harpham is Senior Fellow at the Kenan Institute for Ethics, Duke University. From 2003-15, he was director of the National Humanities Center in the United States. He is the author of ten books and over one hundred scholarly articles. His most recent books are The Humanities and the Dream of America, and What Do You Think, Mr. Ramirez? The American Revolution in Education.