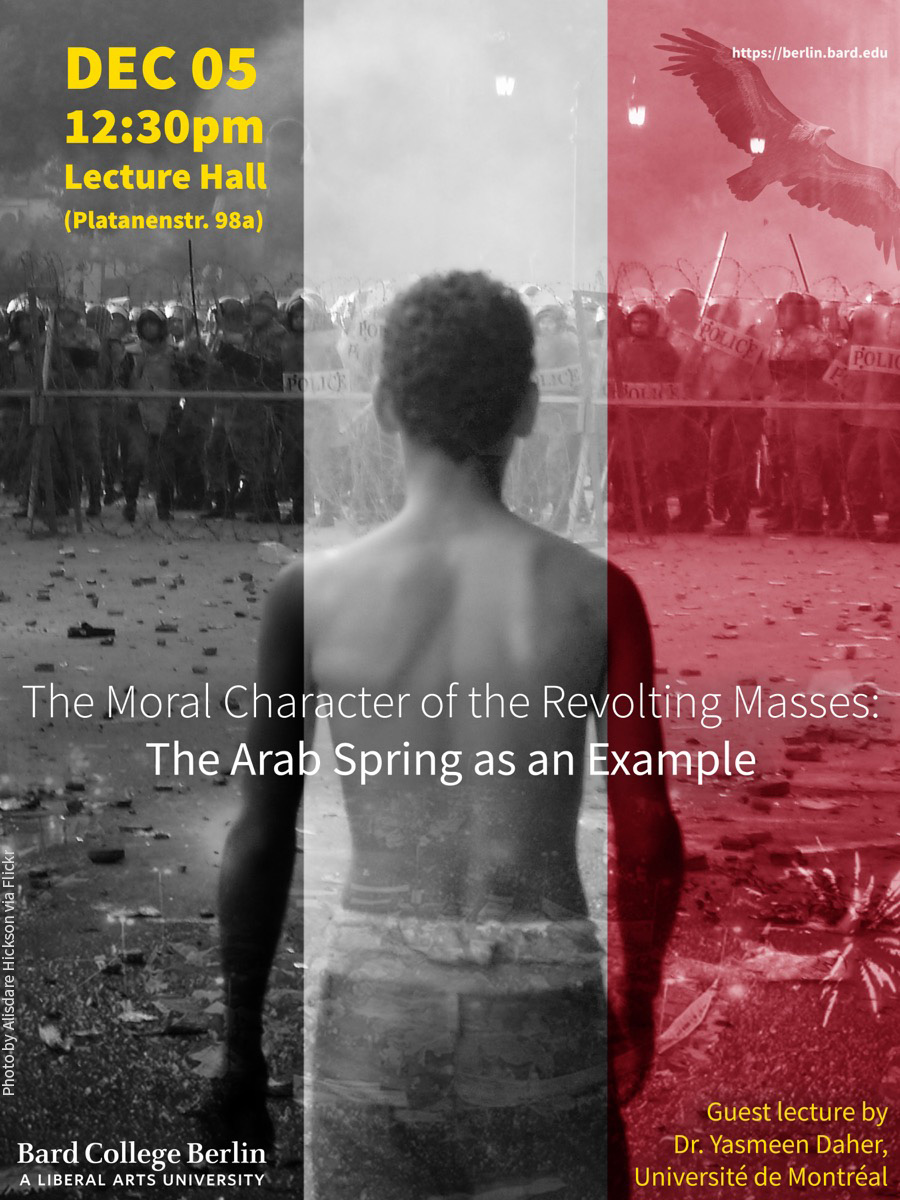 The Moral Character of the Revolting Masses: The Arab Spring as an Example

This talk will reflect upon the lessons brought to us by what is popularly known as “the Arab Spring.” The wave of revolutions that occurred between 2010 and 2012 in North Africa and the Middle East necessitates a reflection on a wide range of scholarly research, which specializes in the democratization of that region. The author draws the following conclusions from this examination: (1) The “surprising” character of these revolutions reflects a widespread disregard of popular agency. (2) This disregard is palpable in democratization studies that analyze and predict possibilities for regime change in the Middle East. However, it is not exclusive to it. Even radical democrats pay little attention to popular agency and the extra-procedural demands of the masses. Following this, the talk will focus on events in Egypt’s Tahrir Square, demonstrating that to ignore the revolutionary potential of the people is to dissociate ethics from politics. Cultural stereotypes, prejudices about Islam, and the overestimation of State power collude to represent the people of the Middle East as exceptionally passive, as captives of tradition, and unable to act on their own behalves. The result is a “soulless” politics, which precludes ethical considerations, in advance.

Dr. Yasmeen Daher is a graduate of the Department of Philosophy, University of Montreal, Canada. She has taught at Birzeit University, Palestine and Concordia University, Canada. Her research deals with the relationship between morality and emancipatory political actions and her areas of interest include political and social philosophy, continental philosophy and ethics.

The lecture takes place in connection to the course Introduction to Comparative Politics of the Middle East taught by Hanan Toukan.