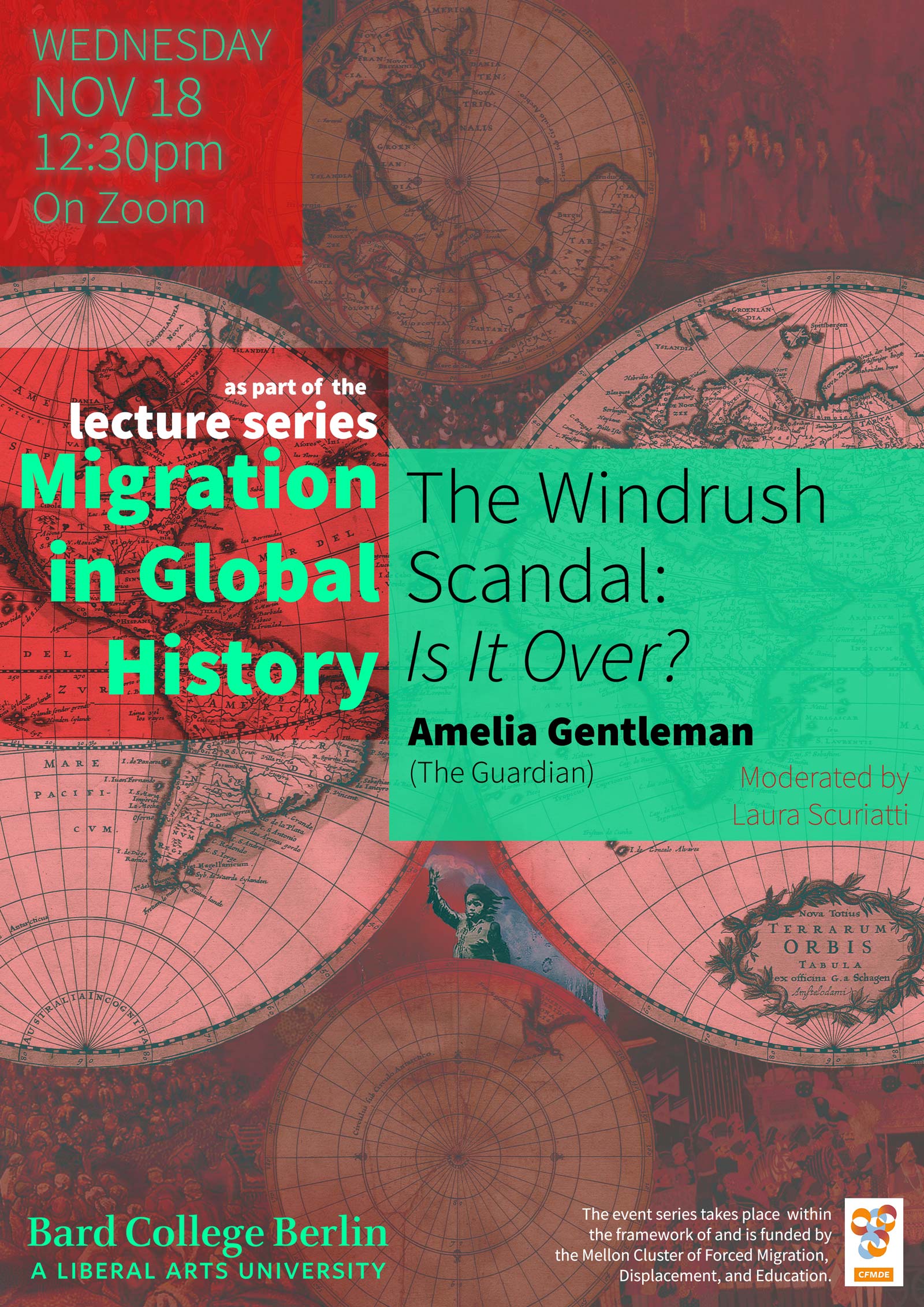 Amelia Gentleman: The Windrush Scandal - Is It Over?

The talk will take participants through the Guardian investigation which uncovered how the UK government had mistakenly classified thousands of its own citizens as illegal immigrants, with catastrophic and life-shattering consequences for many of them. Some were arrested, detained and deported to countries they had left as children half a century earlier. Others were sacked from their jobs, made homeless or denied access to free medical care under the National Health System. The investigation resulted in the resignation of the Home Secretary and promises of comprehensive reform. Two years on, many of those affected are still waiting for compensation and the reform of the Home Office has yet to happen. Amelia Gentleman will discuss why that change has not yet materialized.

Amelia Gentleman is a reporter for The Guardian. Her book The Windrush Betrayal. Exposing the Hostile Environment (Guardian Faber, 2019) was longlisted for the Baillie Gifford prize in 2019.


The event is moderated by BCB Professor of Literature Laura Scuriatti. Please send an email to her in order to attend.


This lecture is part of the lecture series on Migration in Global History that is taking place within the framework of the Mellon sponsored Consortium of Forced Migration, Displacement, and Education.

December 8, 10.45 am CET:
Joshua Craze (Writer): "'There are no whole lives': Exile, Fiction, and Bureaucracy in the UNHCR Archive"
Moderated by Aaron Tugendhaft