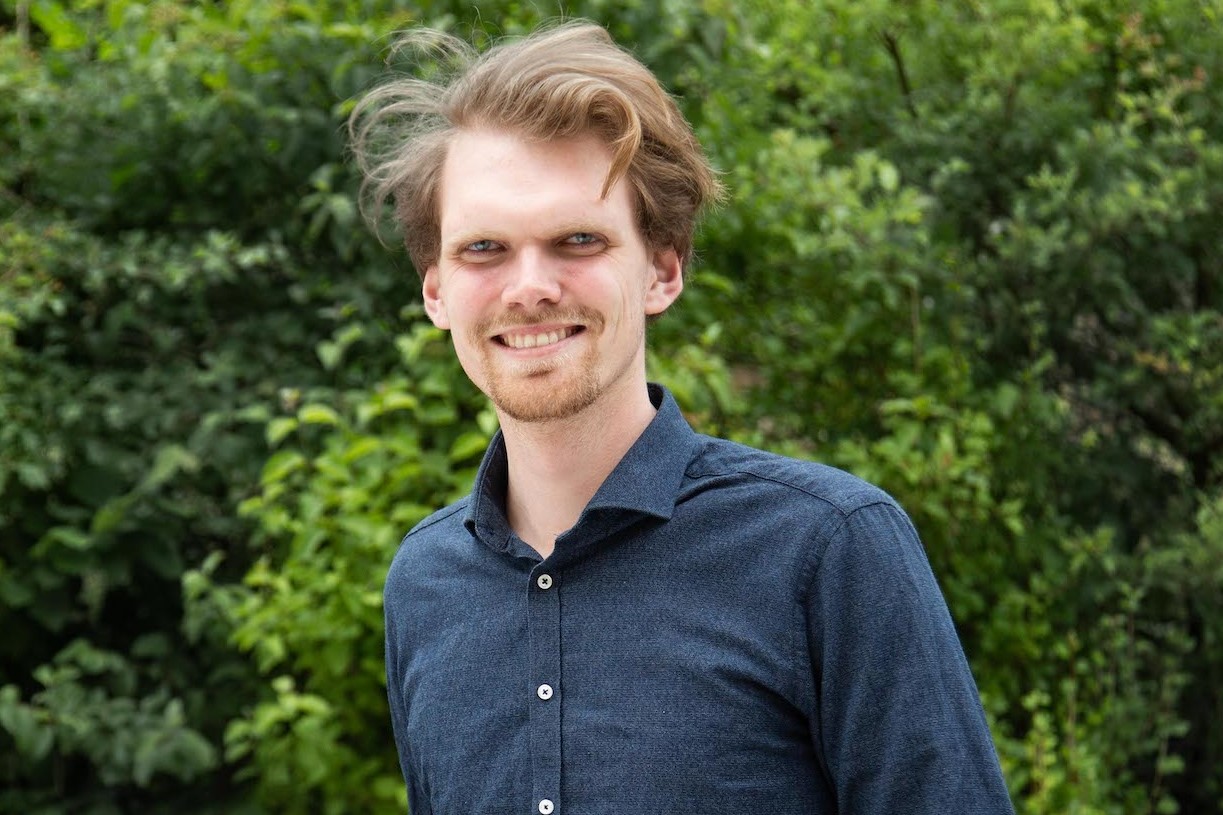 Germany
Attended: BA in Humanities, the Arts, and Social Thought '17
Currently: works in cultural mediation at the Akademie der Künste, Berlin
Where are you from originally and which program were you enrolled in at BCB?

I'm one of the few original Berliners who studied at BCB. When I enrolled, the college was called ECLA* of Bard and the program was "Value Studies," but I graduated with a B.A. in Humanities, the Arts, and Social Thought.

Looking back, what did you most enjoy about your time at BCB?

This is a very difficult question. It is never easy to sum up four years into one single thing, and it is especially hard for such a formative time as one's college years. There are a few classes I enjoyed tremendously, especially the two creative writing classes I took respectively with Florian Duijsens and Taiye Selasi, and also a class on the mathematisation of nature taught by Michael Weinman. But I think more than that I enjoyed my third semester, the reason being that I put a lot of energy into being on campus and getting to know the other students. Sounds easy enough, but I lived off campus for my whole time at BCB and not close either, it took me more than an hour to get to campus. And since I'm from Berlin originally, I struggled to build relationships with the other students while keeping in touch with my childhood friends in Berlin. So being on campus after classes and really connecting to all the people there cost energy, but was well worth it.

How would you describe, in a nutshell, the experience of studying at BCB?

It was challenging and rewarding. A lot of people imagine there to be a big difference between going to college and "learning from the school of life," as if being in college is a completely sheltered experience. While this is true in some respects, studying at BCB also meant starting to learn how to live, grow up and be a responsible, well-adjusted citizen.

How has BCB influenced the path you've taken since completing the program?

That path hasn't been too long yet since I just graduated. I think the influence comes especially from tracking the history of Western values. I do believe that we can learn a lot about the here and now by looking at the past, and I want to go on to study the Renaissance and early modern time, which I find to have formed our modern culture significantly. Also that question from the very beginning, from L&T, is still with me: "What does it mean to be human?"

Where are you now and what are you doing?

I'm still in Berlin, it's a hard city to move away from. After doing a Freiwilliges Jahr der Denkmalpflege [voluntary social year in cultural heritage preservation], I work at the Akademie der Künste in the department for Kulturvermittlung [cultural mediation]. Basically, we organize workshops for school classes in Berlin, Western Pomerania and Saxony. The workshops are facilitated by artists affiliated with the Akademie der Künste and I do all the organizing for the workshops to run smoothly: finance controlling, writing contracts, organizing venues, materials and transport etc. I am very lucky to have this job, I get a very close look at cultural work in Germany and am building a network of artists and cultural workers, as well as learning practical skills.

Any advice you would give to students considering BCB?

While deciding for a college there are many factors to consider. One of those is surely the geographical location of the colleges you consider: city or countryside, abroad or domestic - such questions will and should influence your decision, but they should not have a higher priority than the questions concerning the colleges themselves. Bard College Berlin will benefit from students who are not merely interested in Berlin, but are passionate about the ethos of the place, its classes and its community. If you're unsure it is the college for you, really look at the syllabi of the past years and try to participate in some classes. Also speak with some students if you can - that's the most reliable way to get a feeling for the kind of people you'll encounter there and the sort of questions that drive the community. The students will also be able to tell you what it's really like to live in Berlin, it may be different from what you imagine.