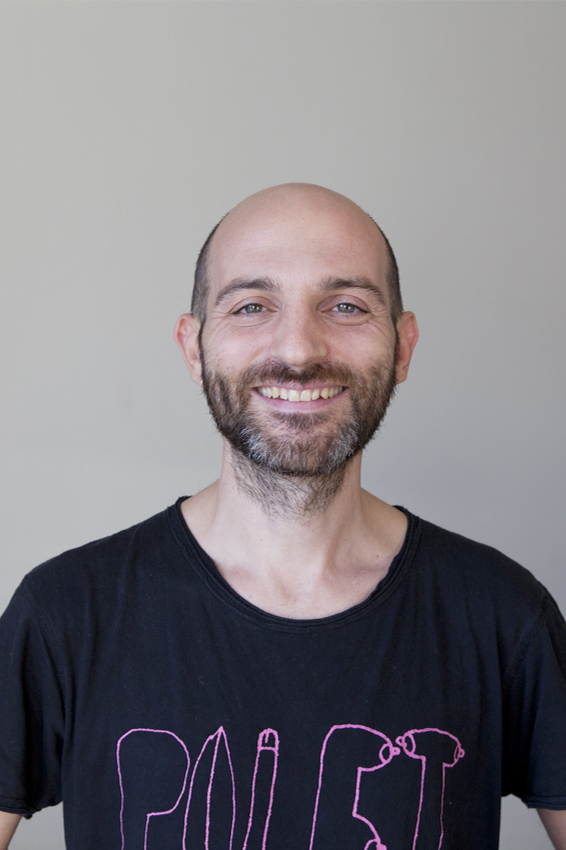 Alessio Castellacci is a performer, teacher and sound composer based in Berlin.

He has a BA in Developmental Psychology from the University La Sapienza/Rome and a BA in experimental choreography from the Dance Maker Department, Artez Institute/Arnhem. His artistic research focuses on voice embodiment, improvised performance and sound design. As a self taught electronic music composer, he found himself always swinging between the polarities of sound and movement disciplines: feeling the lack of physicality in most of traditional music studies, and the lack of sensitivity toward sound and breath nuances in most of dance techniques. Out of tension, ten years ago he started connecting the two worlds, developing a pedagogical approach for voice & movement improvisation based on principles of somatic work, sound design, breath work and synesthetic perception.

Alessio is currently focusing on the research of pedagogic methodologies, working as well as a sound composer for dance shows and as a coordinator of educational and performance formats in Berlin. From 2012 to 2017 he has curated and organized the SMASH Berlin program, since 2014 the educational program The World is Sound dedicated to voice & movement performance, and has recently launched the new intensive dance program ROAR Berlin. In 2017 he has initiated with choreographer Jule Flierl From Breath to Matter, a performance series in Berlin in which different artists are invited to share work around the topic of vocal dance and the political implications of voicing. As a performer, sound composer and voice coach Alessio has collaborated with (a.o.) Dani Brown, M.F. Scaroni, H.Min Kim, Sasha Waltz Kinder Tanz Company, Peter Pleyer, Jeremy Wade, Jule Flierl, Irena Tomažin, Moss Beynon Juckes, Tino Sehgal, Morgan Nardi, Piccoli Production, Fingersix Collective, Kareth Schaffer, Davide Sportelli, Zwoisy Mears-Clarke, Ru Chen/Cloud Gate Company. He is part of the sound art duo Morphield with ambient composer Kryshe, and produces in his spare time downtempo music under the moniker Gaia Waves.