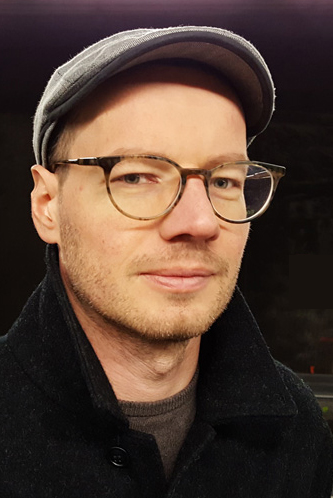 Germany
PhD in German Literature
Johannes Gutenberg-Universität, Mainz
Andreas Martin Widmann holds a PhD in German Literature from the Johannes Gutenberg-Universität in Mainz. Before joining the German language and literature team at Bard College Berlin, he taught German at Royal Holloway College London and worked as a copy-writer in an advertising agency. From 2012 to 2016 he was DAAD Lektor in the German Department at University College London (UCL). In spring 2018 he is Distinguished Max Kade Professor at the University of Illinois in Urbana-Champaign.

His research interests include Modern and Post-War German Literature, Ecocriticism and Nature Writing, Creative Writing as well as intersections of language teaching and literature. He has published academic articles, essays and fiction in journals and various edited volumes. His PhD thesis on “Kontrafaktische Geschichtsdarstellung“ was published as a monograph in 2009. For his first novel “Die Glücksparade” (Rowohlt 2012) he was awarded the Robert-Gernhardt-Preis and the Mara-Cassens-Preis, the largest prize available for a first work of fiction in German. In 2013 he co-edited the first academic book on the German-Jewish writer Hans Keilson. His new novel “Messias“ is due in August 2018.