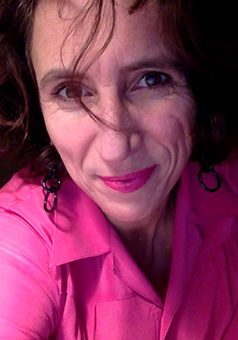 USA
MFA in Photography
Bard College
April Gertler received her BFA (1997) at the California College of the Arts, Oakland, CA and her MFA (2002) at Bard College, New York. After studying at the Städelschule in Frankfurt am Main, Germany in 2003, April moved to Berlin where she has been based since 2005. April is the Founding Director of PICTURE BERLIN which she started in 2009.

April’s work ranges from collage, drawing, photography, performance, and social practice. Her work has been exhibited internationally and most recently in France, Germany, New York, and Denmark. April regularly brings people and ideas together from various places and sources to create something new. This can be seen through examples of various projects: In 2012 April and the artist Adrian Schiesser started Sonntag, which uses a domestic space to present works by Berlin based artists; April and Adrian make the exhibiting artist's favorite cake which is served along with coffee and tea. The event is usually the third Sunday of the month in Berlin, but April and Adrian have brought the project to Copenhagen, Paris, New York, London, and in May they will be taking it to Amsterdam.

April has recently developed a new format of performance by marrying the concepts of a Baking Show with Lecture Performance. While performing the project titled TAKE THE CAKE, she bakes a cake live while she speaks about feminist discourse that highlights elements of capitalistic desire. The performance has been performed multiple times.

April’s biggest ongoing project is PICTURE BERLIN - a hybrid residency art academy based in Berlin which engages the international residents in an ongoing dialogue on photography and contemporary art through walks, exhibitions, one on one meetings, and discussions. The program is currently in its 6th edition in 2015.