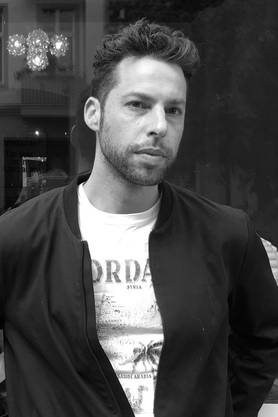 Assaf Gruber (Jerusalem, 1980) is a sculptor and filmmaker who lives and works in Berlin.  Both his time-based works and installations investigate the manner in which the political ideologies of subjects are intertwined with individual, personal stories, and the way in which they form social relations within private and public spheres.

Gruber is a graduate of the École nationale supérieure des Beaux-Arts in Paris and of the Higher Institute of Fine Arts (HISK) in Ghent. His work has received funding from the Ostrovsky Family Fund, New York, the Berlin Senate, Outset Contemporary Art Fund, and the Rothschild Foundation, among others. Upon graduation in Paris he won the first prize of ‘Les amis des beaux-arts de Paris’. His future solo exhibitions include the Museum of Natural History, Berlin (2018) and the Center for Contemporary Art Ujazdowski Castle, Warsaw (2018). His films have been featured in festivals including the Berlinale Film Festival (2016), the Lo schermo dell'arte Film Festival (2016) in Florence, and the International Short film Festival of Oberhausen (2016).