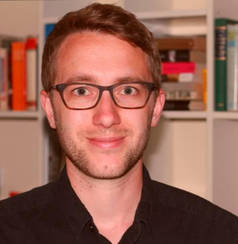 Bastian Becker received his PhD (Political Science) from the Central European University, Budapest, in June 2017. During his doctoral studies, Bastian participated twice in the ICPSR summer program at the University of Michigan and spent a semester-long research stay at the University of Mannheim. Previously, he received two Master's degrees, in Public Policy from the University of Erfurt, and in Business Economics from Saarland University. He also worked as a researcher at the German Development Institute (DIE) in Bonn and for the German International Cooperation (GIZ) in the Philippines. Bastian's current research is situated at the intersection of comparative political economy and political behavior, with a focus on the political causes and consequences of economic inequality. His dissertation explores the effects of unequal labor market opportunities on preferences for redistribution in Western democracies, employing both statistical and experimental methods. Bastian's doctoral studies have been supported through scholarships by CEU and the German Academic Exchange Service (DAAD); he also received ICPSR's Clogg Scholarship award as well as CEU's Award for Advanced Doctoral Students.