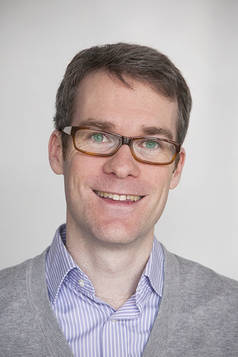 Germany
PhD in Economics
Carl von Ossietzky Universität Oldenburg
Dr. rer. pol. Dirk H. Ehnts holds a PhD in economics from University of Oldenburg and a diploma in economics from University of Göttingen. He has worked at Affiliated Computer Services of Spain in Barcelona after completing his diploma degree. He then was awarded a PhD scholarship from Ev. Studienwerk Villigst e.V. and participated in the joint PhD program „Globalization and Employment" of the universities of Hohenheim and Oldenburg.

From 2006 to 2012, Dr. Ehnts worked as a research assistant at the University of Oldenburg's chair for international economics. He then switched to the Berlin School of Economics and Law, where he was working as a guest lecturer in monetary economics. Interrupted by a spell as visiting professor for Latin American macroeconomics at Free University's Latin American Institute during the summer semester 2014 he held this position until the end of 2014.

His research has appeared in international recognized journals. His latest book Geld und Kredit: eine €-päische Perspektive deals with the creation and destruction of money and credit in the euro zone. Dr. Ehnts is co-founder of the Samuel-Pufendorf Gesellschaft für politische Ökonomie which is a non-profit aiming at educating the public about the workings of money and finance. He also serves as the book review editor of the International Journal of Pluralism and Economics Education.