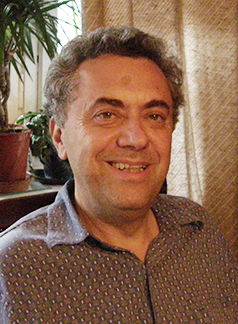 Hungary
PhD in Music
University of Pennsylvania
Peter Laki was born in Budapest, Hungary, where he studied musicology at the Franz Liszt Conservatory (currently University) of Music. After further studies in Paris, he moved to the United States where he received his PhD from the University of Pennsylvania. Among others, he has worked as Program Annotator and Lecturer for the Cleveland Orchestra, and has taught at Case Western Reserve University and Oberlin College. Since 2007 he has served as Visiting Associate Professor at Bard College, Annandale-on-Hudson. Laki is the editor of Bartók and His World (Princeton University Press, 1995). He has published numerous articles, mostly-though not exclusively-on Bartók and other Hungarian composers, and presented papers at international conferences in the United States, Canada, Hungary, Germany, France, and Italy.