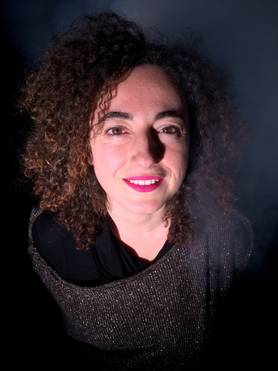 Romania/Germany
MA in Performance Art
DasArts Amsterdam
Siegmar works in theory and practice in the field of performance. She explores the politics of alienation & intimacy in embodied thinking/being with matter and in collaboration with humans and non-humans.

Her work has been shown internationally in theaters, galleries and experimental spaces. Siegmar develops formats of performances, installations, discursive encounters and curation/invitation dealing with questions of agency, ecology of artistic practice, modes of visceral rationalities, and production and distribution of forces among humans and non-humans. Learning from uncontrollable materials like smoke, slime, swamps, earthquakes, the nervous system, she is working  towards a posthuman feminist poet(h)ics.

She is part of the think & movement tank Elsewhere & Otherwise at PAF (Performing Arts Forum) that investigates and experiments with the analytics and practices of being together otherwise.

Since 1993 she has been teaching non-violent communication strategies to workers representatives.