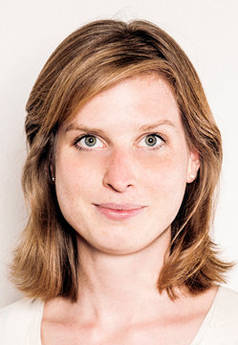 Sybille Luhmann studied political science and French at the University of Melbourne, Australia, where she completed her Bachelor Degree in 2009. Shortly thereafter she enrolled in the Master of Philosophy Programme in Politics at the University of Cambridge, United Kingdom, graduating in 2011. Since then she has worked for the Federal Foreign Office in Berlin, Germany, and in 2013 she began her PhD project at the Humboldt Universität zu Berlin with the support of the German Institute for Economic Research (DIW). Her main goal is to develop an app that measures conscious and subconscious levels of collective identity in Europe.