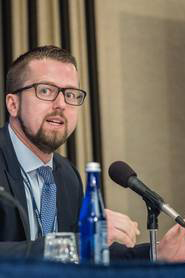 Toay is Chief Financial Officer of Bard College. He has been involved in Bard College Berlin since 2011 in his position as Vice President for Strategic Initiatives and Chief of Staff, in which he was responsible for the satellite campuses' integration with the main campus. He has been a Managing Director since 2015.

Toay also is Managing Director of the Levy Economics Institute where he holds a research analyst position, focused on macroeconomic modeling and gender-aware analysis.

He was a Fulbright research grantee to Greece for 2005–06 and an affiliate of the University of Piraeus and has served as a visiting lecturer in the economics department at Bard College.

Toay holds an M.Phil. in Economics from the New School for Social Research.