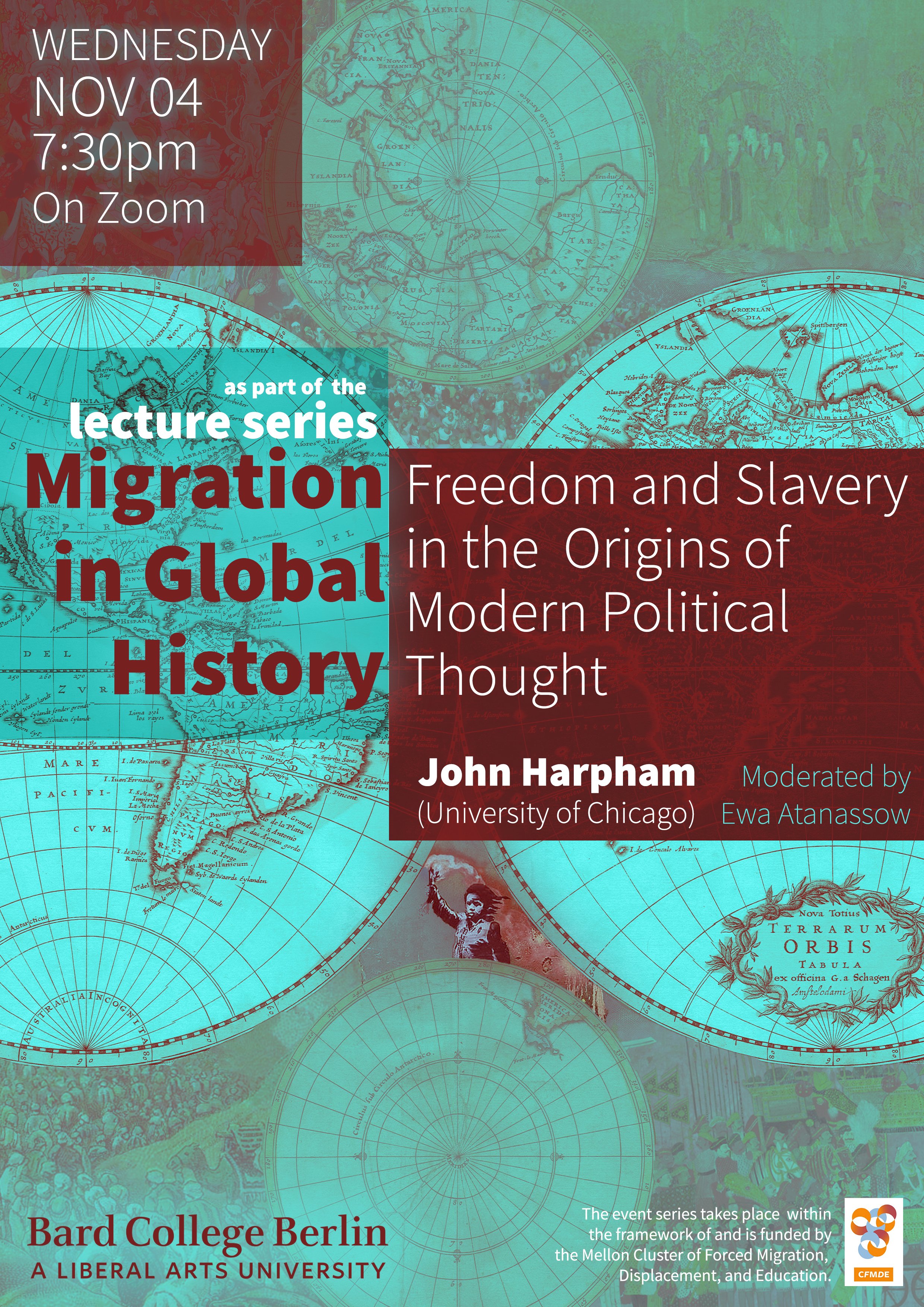 John Harpham: Freedom and Slavery in the Origins of Modern Political Thought

This talk will explore the intellectual origins of American slavery in order to ask how what Americans now understand to have been the great wrong in the history of the nation came to be considered not only as necessary or profitable but as legitimate from a moral point of view. An effort to answer this question will lead in unexpected directions and require that we revisit ideas of freedom, as well as ideas of slavery, in the period when American slavery and the English trade in enslaved persons from Africa began.

John Harpham received his PhD from the Department of Government at Harvard University and is a Junior Fellow in the Harper-Schmidt Society of Fellows at the University of Chicago. His articles on the history and memory of American slavery have appeared in a number of scholarly journals, and he is preparing a book manuscript on the ideological origins of American slavery.

The event is moderated by BCB Professor of Political Thought, Ewa Atanassow.


This lecture is part of the lecture series on Migration in Global History that is taking place within the framework of the Mellon sponsored Consortium of Forced Migration, Displacement, and Education.

More upcoming events in this series:

November 18:
Amelia Gentleman (Journalist): "The Windrush Scandal - Is It Over?"
Moderated by Laura Scuriatti

December 8:
Joshua Craze (Writer): "'There are no whole lives': Exile, Fiction, and Bureaucracy in the UNHCR Archive"
Moderated by Aaron Tugendhaft