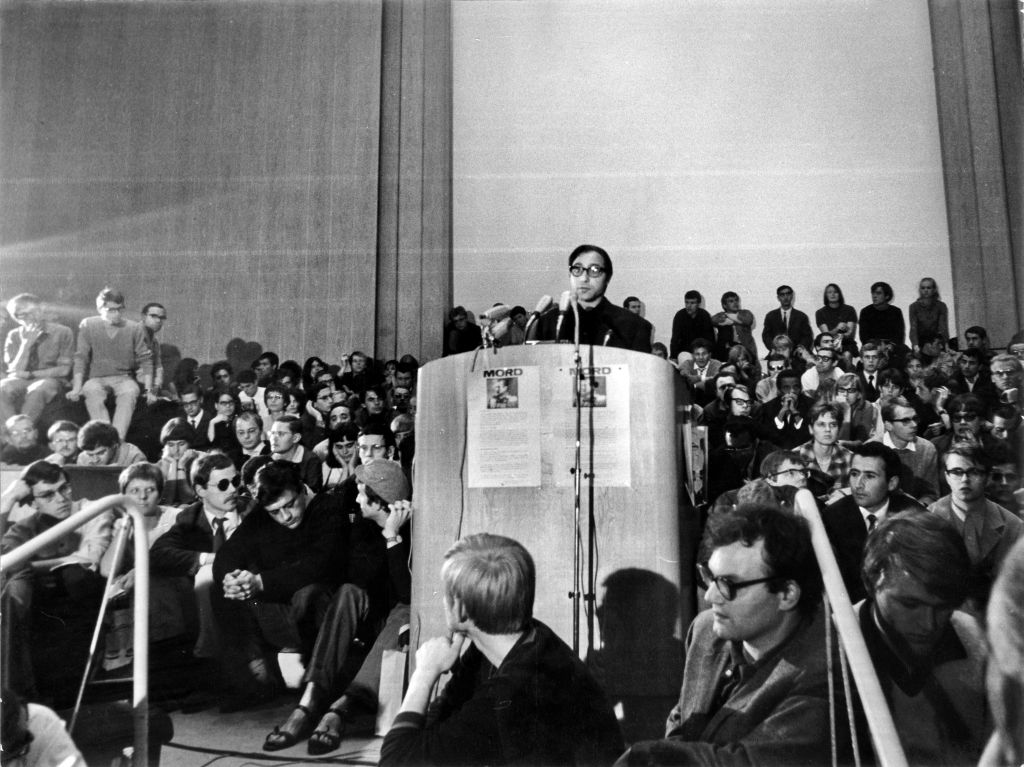 
It is commonly known that governmental politics and civil society activism work according to differing mechanisms. And yet, in our current moment, when human rights and the rule of law are globally under attack, shouldn’t  liberal-democratic governments like Germany’s ally themselves with democratic activists who have fled dictatorship and authoritarianism? In fact, the relationship between political diasporas and the political institutions of their host countries has always been dependent on a wide range of factors, a mutually stated commitment to human rights and liberty being one of them, but not counting for much at all in the political reality.

There are however multiple examples in the history of the Federal Republic of Germany in which exiled political groups worked together with German authorities, parties and unions, in order to achieve common cultural and foreign policy goals. The historian Alexander Clarkson (Kings’ College London) presents some of these cases, and asks from a historical perspective: Which forms did these collaborations take, and what favored or hindered them? What kind of hostilities were there between diasporic groups and German cultural and foreign policy authorities, when and why? And what do these examples imply for the ways in which cooperation is shaped, framed and enacted?

At the conclusion of Clarkson’s lecture, a panel of experts and activists discuss what may be learned from the historical perspective, and whether political diasporas may be in a better position today to collaborate with German foreign policymakers.

Najat Abdulhaq is a Palestinian scholar based in Berlin. Her book Jewish and Greek Communities in Egypt: Entrepreneurship and Business before Nasser was published in 2016. Besides her academic work, she has worked as a freelance consultant on the Middle East at different media outlets. Since December 2018 she is the Monitoring and Evaluation Officer in the MENA department at the renowned Danish NGO International Media Support.

Sohaib Alzoubi is a second-year student at Bard College Berlin and a civil society activist. He has worked with international NGOs on projects focused on Syria and has contributed to the establishment of a number of Syrian organizations (Olive Branch, Farah) and civil society coalitions (TAMAS, SHAML, Emergency Response Unit). He recently completed a research on governance systems in Syria in cooperation with the London School of Economics.

Alexander Clarkson is professor in the German Department at King’s College in London since 2007 and has a Ukrainian-in-Canada and British-in-Germany diaspora family background. He published a book on the history of political diasporas and German politics with Berghahn Books in 2013: Fragmented Fatherland. Immigration and Cold War Conflict in the Federal Republic of Germany 1945-1980.

Kristin Helberg is a German journalist and expert on Syria, and one of the most prominent analysts and commentators on the conflict in Syria these days. Her most recent, widely acclaimed book is Der Syrien-Krieg: Lösung eines Weltkonflikts, 2018. Right now she investigates the new Syrian diaspora in Germany with a fellowship by the Mercator Foundation.

Christin Lüttich (moderator) studied political science and is also an expert on Syria. She works for “Adopt a Revolution”, an independent initiative that supports civil society structures against dictatorship and religious fanatism in Syria.

A cooperation between Bard College Berlin, the Volksbühne Berlin and the German Council on Foreign Relations
Supported by the German Academic Exchange Service (DAAD)